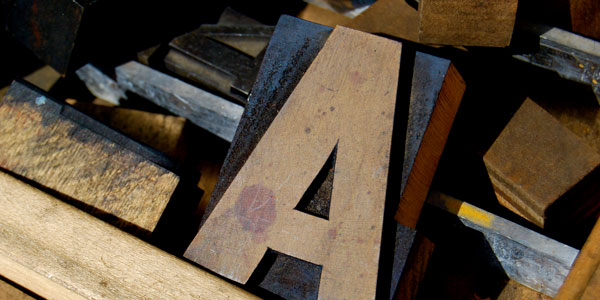 Joseph Robert Lewis is a writer. He’s not your local Starbucks writer in hipster clothes, staring lovingly at his Macbook Pro and failing to break 100 words a day. He’s a professional.

His experience includes years of writing and editing in the book publishing industry and in online publishing. He’s capable of hammering out book after book without blinking. Right now, you can purchase five of Lewis’ fictions and his tome on presentations digitally. But it wasn’t always like that.

Under the rule of the traditional publishing companies, now slowly losing their grip on long-form content, Lewis hadn’t had any success cracking the market.

“I tried the traditional route for several years: write a book, pitch it to 50 agents and editors, get 5 actual rejections and a lot of silence, and repeat. It became a pretty depressing treadmill, despite some positive feedback and requests to read my books,” Lewis told me in an interview. “It was also difficult knowing that my chance for being published depended on the shifting moods and opinions of a handful of slush readers, agents, and editors who basically answer to a marketing department with a limited budget. That’s sort of silly to me.” With independent digital publishing, Lewis makes the decisions around his book’s content and the way in which it is sold and marketed. It’s a model that makes sense: the work is the product of his business. Why give the power of CEO over to another party — not least one who will leave you with 8% or less of the revenue?

“I receive the lion’s share of the revenue — up to 70% compared to as little as 8% with a traditional publisher. The only people I have to impress are readers, and so far the reviews for my books (from complete strangers all over the world) have been pretty darn good,” he says.

One of the great business advantages that authors who publish digitally have over their traditional counterparts, according to Lewis, is the ability to move fast and frequently. Lewis can publish a book within mere hours of the final edit on a manuscript via Amazon, Barnes & Noble, iTunes and a variety of other online retailers, though it will take 24 to 48 hours for them to appear for sale.

Lewis can update the book several times a week, testing different covers and marketing copy, and including things like maps or a sample chapter from a sequel — the sort of rapid iteration that’s simply not achievable with print books. Once they’re off the press and in the reader’s hands, the text is static.

But running active promotions isn’t the key to success, says Lewis. With any business, you need some sort of way to spread the news: word of mouth from an army of friends and family, elaborate advertising campaigns, Branson-esque stunts. Once you have the momentum going, though, promotions don’t do much for sales: Lewis says you may see a brief spike, but there’s very little measurable long-term game to be had from the fire-sale approach.

What does work, he says, is churning out quality work. “The best marketing you can do is to write another book,” says Lewis.

There is a launch process that Lewis goes through each time he publishes a new book. He updates his website and blog with information about the book, which includes links to retailers. He creates book pages on LibraryThing and Goodreads, where Lewis says many of his reviews come from.

Finally, he sends out some announcements — an email release to his mailing list, and a few on various forums such as Mobilereads and Kindleboards for good measure.

The kicker? The entire process of launching a book from start to finish takes him a couple of hours. After that, he’s free to celebrate or get started on the next work. It’s a stark contrast compared with the slow, cumbersome plodding of traditional publishing — and before you ask, there’s no difference in quality between Lewis’ work and the best of bookstore fiction. It’s as good as it gets.

“I’ve avoided most of the online debates about independent publishing and focused on just doing my work and making new friends (writers and readers alike). I’m not here to wage a culture war, just to write stories and help other writers if I can,” says Lewis. “I’ve noticed that quite a few successful indie authors actually have very little online presence, often going without blogs or Facebook pages. Success really does depend on the quality of your books and not on your skills as a salesperson. Which is a huge relief to me!”

There’s still plenty of change that needs to happen in the digital publishing space to make it a sustainable industry. E-readers like the Kindle, which are essentially single-function devices, need to become cheaper. The act of reading on smartphones and tablets, though a long way from where it was just a short year ago, needs to continue its climb. The pricing model amongst digital publishers is a matter of much debate, and that’s one area where Lewis believes publishers need to come to collectively establish a model before consumers, en-masse, will have faith in the stability of the digital publishing industry.

Lewis says we need less DRM, more format flexibility, and few obstacles to international publishing. It’s often difficult for US authors to distribute internationally through the same retailers that sell their work at home. It’s even harder for international publishers to have their work appear in the Amazon Kindle store, for instance: even a solo, impoverished writer getting his bearings has to register a business entity in the US — an expensive and difficult task for a foreigner.

“And critically, we need readers to remain open-minded about independent books and authors in general. There is still some lingering stigma that self-published books are rubbish (and some are, but so are some traditionally published books). In the end, books are books and only readers can decide which ones they like,” says Lewis.

The big question is: will Lewis ever go with a traditional publisher? Right now he’s reaping rewards from his published works, works that couldn’t have been published without mediums that bypass traditional channels. But what happens when the growth of his business hits a critical mass that is simply too time-consuming and distracting from the work of writing?

“Second, there will probably always be authors who prefer to have a team of experts doing the publishing work for them so they can focus on writing. Amanda Hocking is a great example. She became so successful as an independent that it made sense for her to turn over the publishing work to St Martins to allow her to focus on writing. And assuming she has a good lawyer and signed a good contract, I think that’s a very reasonable business decision.” Lewis isn’t done yet — not by a long shot. A few days ago, he released his newest book The Broken Sword, a sequel to The Burning Sky. The third book which will form the endpiece for Lewis’ Halcyon trilogy will be out later this year.

Lewis is publishing a series of short stories called The Tale of Asha, about two women solving paranormal medical mysteries in India, and working on a fairy tale for his daughter, a work inspired by The Last Unicorn but reminiscent in motive of Tolkien’s The Hobbit.

Most exciting — at least to me, a big fan of Lewis’ hard sci-fi novel Heirs of Mars — are hints of a sequel to come next winter.

Joseph Lewis hits the nail on the head when he sums up the advantages of the digital publishing game, which has the capacity to allow more players to profit sustainably from smaller niches.

“I may never be rich or famous, but I’m doing much better now on my own than I ever was trying to break into the industry. And I literally have the rest of my life to continue building on my successes. I’ll never be bumped off the virtual shelves to make room for another author. There’s room for everyone now.”

Read next: Sexy file sharer Min.us gets profiles, search and much more