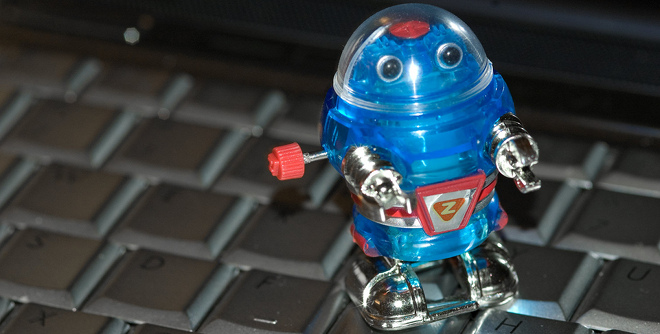 Just over a year ago we discussed on how “Robot journalists” (actually automated software designed to turn facts into readable copy) stood to threaten the jobs of writers in fields like sports reporting. It looks like the results are actually starting to become alarmingly good.

NPR’s All Things Considered reports how writers at Gawker’s sports site Deadspin assumed that a story written on GW Sports about a baseball game had been written by a robot due to its failure to mention that in the game, a player had pitched a perfect game in the NCAA for the first time in almost a decade – pretty big thing to miss.

It turned out that a human had in fact written that report, but the creators of news-writing software Narrative Science decided to take this as a challenge – could its software write a better account of the game? It turns out that yes, it could. This is what Deadspin was sent from the robo-journo:

“Tuesday was a great day for W. Roberts, as the junior pitcher threw a perfect game to carry Virginia to a 2-0 victory over George Washington at Davenport Field.

Twenty-seven Colonials came to the plate and the Virginia pitcher vanquished them all, pitching a perfect game. He struck out 10 batters while recording his momentous feat. Roberts got Ryan Thomas to ground out for the final out of the game.

Tom Gately came up short on the rubber for the Colonials, recording a loss. He went three innings, walked two, struck out one, and allowed two runs.

The Cavaliers went up for good in the fourth, scoring two runs on a fielder’s choice and a balk.”

Impressive, eh? It may not have much flair or personality, but it’s readable and accurate. Sports reporters should have real cause for concern, it seems. It’s easy to see how other data-heavy fields, such as financial reporting, may also see an influx of robot writers in the future.

UPDATE: It’s worth noting that Matters of Varying Significance notes that the original report from GW Sports was written by a human but not a trained sports journalist. That’s an important distinction that would explain the omission of an important piece of news from the report. Still, as a factual piece of writing the ‘robot’ still did an impressive job.

Read next: How Losing $650 Million Taught Me the Secret to Happiness and Success