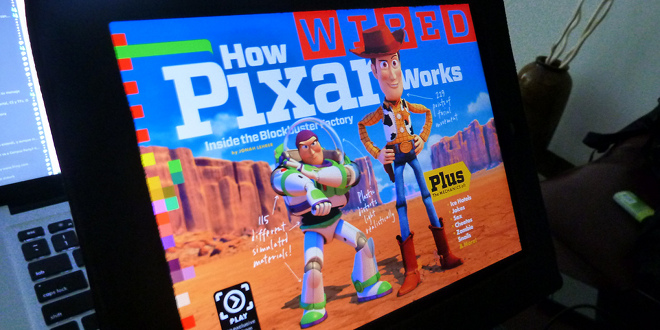 As AdAge MediaWorks reports today, Conde Nast’s Wired magazine is offering the latest issue of its iPad edition completely free thanks to a sponsorship from Adobe.

This isn’t the first time we’ve seen such a move. Virgin’s Project iPad magazine is also currently free thanks to a deal with American Express, and as AdAge points out, Philips Electronics sponsored free access to the New Yorks Times’ original paywall way back in 2006.

However, we recently noted that the high (and in some cases, increasing) price of these magazines could be stunting their growth. So, even if the Project and Wired examples are just one-off experiments, is sponsorship a viable way forward to expand the market for these magazines?

It’s certainly a plausible scenario, as long as the sponsorship doesn’t interfere with the editorial. However, there are other barriers to wider spread adoption of the magazines amongst tablet owners.

You only have to look at one of the comments my last piece on iPad magazines generated to see one of their biggest problems. “All the mags seem to be dead set on simply stringing together images of pages with some embedded “interactive” content. In other words, apart from the fact that I get to watch cheesy video, the iPad “experience” adds nothing to the printed version except multi-hundred-megabyte downloads. In terms of convenience etc, the iPad versions are worth *less* than the printed copies,” said commenter Nick.

Late last year, we highlighted TRVL, an independent publication for the iPad that has opted for a different approach by making individual articles downloadable, removing the problem of giant downloads. While Trvl is currently free, its publishers tell me that they’re considering sponsorship for the future.

It’s worth pointing out that Wired is also launching new social sharing features with the latest issue. As AdeAge notes, “The Wired app now lets readers post links to its articles on Facebook and Twitter, even if they haven’t been posted on Wired’s website yet or, in the case of app edition exclusives, won’t be. The links lead back to specially created web pages that will encourage consumers to download the issue.” This reminds me of The Daily’s approach to sharing individual pages, and shows that such magazines are still developing a sense of exactly what they are, where they’re going and what yu can do with them.

While it’s too early to know if sponsorship will make a big difference to the number of downloads Wired and Project get, it’s certainly a trend to watch, and as long as there are enough sponsors willing to fork out enough money to make it work, we could well see much more of it in the future.