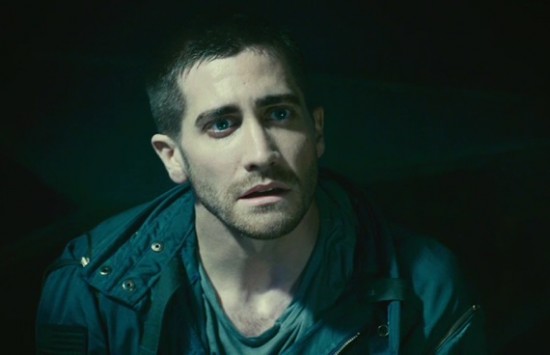 Dustin Rowles knew early on he wouldn’t deal with publicists.

A few months after he launched movie review site Pajiba, his correspondence with a movie studio PR flack led to the request that he not use any profanity. Given that the tagline for Pajiba is “scathing reviews for bitchy people,” the site is not exactly timid about dropping four-letter expletives, in fact that’s what gives it its edge. So Rowles decided almost immediately that he wouldn’t deal directly with the studios, and Pajiba’s coverage has always reflected that.

“We don’t do interviews,” he told me in a phone conversation. “We don’t do set visits. I personally don’t even do advance screenings. I feel like if you’re going to talk to a publicist — they’re nice people and they’re often very attractive aren’t they? — you don’t want to disappoint this person with your review or anything. And if they show that look of disapproval, you’re going to feel awkward about it.”

This highlights a dilemma many journalists face; There is absolutely no guarantee that a source will talk to you and it’s not uncommon for reporters to try to grease the wheels with their interview subjects, a practice that sometimes raises ethical questions about whether the journalists are too acquiescent in their watchdog roles. When a Rolling Stone article led to the firing of General Stanley McChrystal last year, Politico published a rather interesting article in which it admitted that a “beat reporter … would not risk burning bridges by publishing many of McChrystal’s remarks.” After some critics highlighted this passage, Politico promptly deleted that sentence without much explanation.

Last week, TechCrunch entered this debate when it reprinted an email from an editor at AOL sister site Moviefone. After Alexia Tsotsis interviewed Duncan Jones and Jake Gyllenhaal about an upcoming movie debut, a studio representative contacted Moviefone and asked whether they could request that TechCrunch’s snark be “toned down.” Unsurprisingly, this didn’t sit well with TechCrunch, which later published a post calling for Moviefone’s editor to be fired.

Her crime? Admitting that “the reality of our situation is that, as a movies site, we work with movie studios every day, and it is in our best interests to stay on good terms with them.” To TechCrunch and others, this was key evidence that Moviefone was selling its journalistic soul in exchange for access, and that the movie studios wouldn’t dare make such a request if it wasn’t common practice within the industry. This isn’t the first time the public has gained insight to how PR sausage is made in the movie industry. Last year, director Kevin Smith took to Twitter to bash a number of movie blogs, announcing that he would no longer field interviews with industry sites. “I’ll just furnish all the information I’d normally serve up one at a time to a small, jaded audience that doesn’t really give a shit unless there’s someone famous in the room, to a much larger, APPRECIATIVE audience that would actually enjoy & benefit from hearing the same information,” he wrote.

Many bloggers noted that up until that point Smith had been friendly with the blogosphere, and only turned on them when their reviews of his latest movie grew sour. A few years ago, Angelina Jolie’s representatives got caught trying to get celebrity journalists to sign a legal agreement that “the interview may only be used to promote the Picture. … The interview will not be used in a manner that is disparaging, demeaning or derogatory to Ms. Jolie.” The contract was quickly shelved after widespread ridicule. And Harry Knowles, creator of Ain’t It Cool News, has long been derided as being too subservient to the movie studios, especially the ones who invite him onto the sets and lavish him with access and gifts.

Cole Abaius, a critic for Film School Rejects, told me he wasn’t surprised by the request made to Moviefone. “I think, in fact I know, that it’s fairly common, because that’s their job,” he said. “Especially for the larger studios who have bigger PR machines in place, their jobs are to control the image of what’s going out there. And I certainly wouldn’t blame a PR firm or PR arm of a studio for doing their job, which is going to any level to create and maintain that image, whether it’s sending a fairly benign email asking if something can get changed or taken down.”

Abaius said that the way the studios treat you depends largely on the size of your audience. Sites like Deadline.com and The Wrap and trade publications like Variety and the Hollywood Reporter get fed much more access than smaller publications like Film School Rejects, which averages about 2 million uniques a month. Still, Abaius does get at least some access. “We’ve been on set visits, get press releases, get interviews and access to special events and that sort of thing, but I’ve never felt like I’ve had to ‘play a game’ or ‘play by the rules’ or anything like that. We’ve always shared an opinion, whether it’s good, bad, or ugly, and the studios and smaller filmmaking outlets have always seized it to give a solid amount of access.”

Some defenders of Moviefone pointed out that it simply relayed a message to the TechCrunch writer and didn’t actually try to pressure her to make any changes. But Pajiba’s Rowles felt that the pressure was implicit. “[If my boss] came to me and said, ‘I’m not forcing you to change anything but the studio asked us to tone this down and we want to stay on good terms with the studio, so do whatever you’d like’ — if my job depended on it, if I were paid $50 a review and I wanted more reviews in order to pay the rent, then I may be inclined to tone it down.”

Abaius seemed to agree that the Moviefone email wasn’t exactly kosher, but said that it was probably blown out of proportion. “I think that the email was probably done in good faith, but from a pure Journalism 101 standpoint, it was probably a mistake sending that email to TechCrunch.”

Given that many tech companies have seen their unsavory emails reprinted on the tech behemoth, Moviefone won’t be the first — or the last — to learn this valuable lesson.

Read next: IDAPT i4 - The last device charger you'll ever need to buy