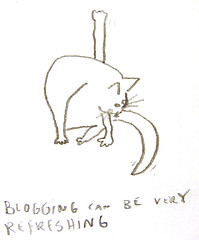 Now that things have calmed down after the Mobile World Congress, the word has started to come out that a number of technology blogs had their trips to Barcelona sponsored. That means that certain companies paid for (depending on the case in point) airfare, hotels and/or food in order to get someone on the ground at MWC.

One of these situations is slightly less ethical than the other. It’s pretty obvious which one is in question. Are there better ways to go about this monetary exchange? As the Columbia Journalism Review notes, yes. Does that fact mean that the alternatives will always be offered? Nope.

Forbes then asks the question as to whether or not “pure journalism” is affordable. We take that question to mean whether or not blogs and other news organizations would be able to provide coverage without any outside financial assistance. But by that logic, no site would ever be able to run advertising or have any outside sponsorship of their content.

As the viability of a site running without advertising is limited, we’ll have to take for granted that purchased ads — outside of the direct purchase for the single goal of providing monetary compensation for a trip — have to remain outside of this argument. The only exception to this would be perhaps in a paywalled environment, where no ads were run inside of the wall itself.

The short answer is that yes, it is affordable. The longer answer delves a bit into details and I’d like to take a few minutes to address them. Mind you, this is my opinion on the matter. But in being my opinion, I can tell you that if it were not the opinion of TNW, I’d no longer work here.

First, it needs to be noted that blogging and journalism are fundamentally different professions. While they may cross paths once in a while, the differences are more than enough to place them in separate categories. I know some great bloggers who commit acts of journalism. I also know some great journalists who happen to blog. The fact that the definition has to be raised, however, shows that they are indeed two different things.

Blogs are, in many cases, run on a shoestring budget. I can’t personally speak for how much money SAI (the blog in question in the Forbes piece) has sitting in the bank, but that doesn’t especially matter. Wealthy people stay that way by not spending money that they don’t have to spend. The same is true for businesses.

When SAI was approached by Samsung and offered the chance to fly to Barcelona to cover the MWC, the company understandably accepted. As a matter of full disclosure, our own coverage of MWC was made possible via sponsorship, though not from a manufacturer of mobile devices. It’s worth noting though that had the offer come from a mobile manufacturer, if it were offered cleanly and without stated expectations, we’d likely have taken it in order to provide you with the content.

What matters here is if or how the coverage provided was affected by the sponsorship. From outside appearance, SAI’s coverage was not affected. Its coverage was not Saumsung-centric, nor did it provide any lauding coverage for any Samsung product that was not deserved on its own, as evidenced by simliar coverage from other outlets.

The Forbes piece notes that being human leads to feeling a sense of obligation. By that logic, though, nearly every piece of reporting that ever happens could fall into the same category. While I’ve not yet personally had a trip sponsored, I’ve absolutely had great accommodations provided free of charge when I did travel for a story. In being human, I’ve felt a closeness to some of the companies about which I’ve written, I’ve even made some great friends within some of them. That’s just a part of being flesh and blood.

Does that change my story? Not a chance. Does it hurt to have to say something negative about a company to which you feel an attachment? You bet. It’s one of the hardest parts of this job and it’s one that we humans wrestle with every single day.

The simple fact is that integrity does not have a price. If you can name a price at which you would be willing to change your coverage of something, whether you’re a blogger or a journalist, then you can not say that you have integrity. Try as you might to hide it, that bias will show.

Consumers want the news, regardless of how they get it. Brands need coverage, and in order to get that, sometimes they will dip into their coffers to enable it to happen. As the face of reporting changes, you can expect to see this happen more in the future. Virtually no successful site or publication continues to run without the use of sponsorship and/or advertising. The real question to the reader is which writers or publications do they trust to report without bias, irrespective of who has advertised.

A commenter on Forbes notes that providing poor coverage means that a reporter won’t be invited back. But correlation and causation aside, a good reporter will provide the appropriate coverage regardless of the consequence. While there’s no pass or fail test in place that judges integrity before someone starts writing for a news site, it doesn’t take long for the cream to rise. That will continue to happen regardless of who paid the bill to have a story reported.

[Author’s note: It seems that perhaps a couple of points have gotten lost in the text, so I’d like to state them plainly, here.

First  — Simply because I see a difference between a blogger and a journalist does not excuse improper behavior for either party. You don’t have to agree with my definition and you may likely have your own, but I do believe that blogs on the whole have smaller budgets than traditional journalist organizations.

Second — At no point have I ever, nor will I ever, excuse a writer from not disclosing a sponsorship that could somehow alter the content of their post. That is not the purpose of this piece and it was never even a thought in my mind. My point to this piece is to state that even if a writer’s work is sponsored, his or her integrity (rather than the money) should dictate their writing 100%. No exceptions.]