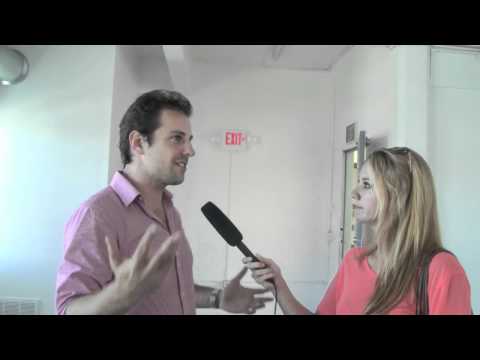 According to a University of Texas media professor, in a move to fight piracy, Netflix and others, a number of studios are planning to bring movies to consumers through video-on-demand (VOD) in as short a time as 28 days after theatrical release.

If true, this move would circumvent the standard 120 day window before movies are offered anywhere other than in theaters, and would be offered at a premium fee – an astounding/ridiculous $20-50 according to Tom Schatz, who runs UT Austin’s Film Institute.

This was just one of a number of revelations from yesterday’s “Net Worth: Media Distribution in the Digital Era” conference run by the University of California, Santa Barbara’s Carsey-Wolf Center, that brought together academics, Hollywood executives and a Microsoft representative, among others.

One of the main themes of the day was to focus on distribution of video content, which, translated from Hollywood-speak, means “how we deal with the rapidly evolving Internet”. “The rate of consumer behavior change is propelled by the speed of technology change,” said Horst Stipp, an EVP at the Advertising Research Foundation and until recently a long-time researcher for NBC Universal.  He also said that the television industry having a hard time dealing with the “uncertainty” of the future, specifically around 3-D and tablets, something that the industry hasn’t really had to deal with in decades (yes, this is not all that surprising, but interesting to hear it from someone that was recently inside NBC Universal).

Kelly Summers, a VP at Disney who focuses on new media, said that her job consists of three parts: business development, trying to figure out how to commercialize new tech (i.e. “How can Disney make money from Quora?”) and interoperability of content across devices. Summers made a point to mention the the “devaluation of content” through the “piracy epidemic” that studios face (and by inflection, low-price points on iTunes, etc), and some of the countries that she mentioned regarding piracy were intriguing: South Korea, Italy and Spain. She also mentioned that 4-5 years ago, Silicon Valley types would come down to Disney with no idea how studios look at business, and that those conversations ended pretty quickly – however, she said that tech companies today understand how studios work better.

Another interesting point that Summers made was to say that since studios don’t own pirated movie clips on YouTube (i.e. feature-length films can’t be cut up, they are intended to be shown in their entirety), Disney can’t go and leverage all of that viewership on YouTube and other sites. For instance, if there is a two-minute pirated clip of Iron Man 2 on YouTube, Disney (which owns Marvel) can’t leave a comment or pay for advertising to get people to buy the Iron Man 2 DVD – if it did, it would be de facto endorsing the clip, which it actually has no ownership rights over. Summers said that until these “legacy” issues of ownership are cleared up (through regulation or otherwise) that studios – which would love to leverage these large unofficial audiences – simply can’t. Interesting stuff.

The Microsoft rep at the conference, Randy Shaffer, runs does ad sales for Xbox on the West Coast. He brought up some interesting thoughts on Kinect (including using the Kinect’s ability to recognize people to do things like automatically raise the volume for the hard-of-hearing), with the main point being that the Xbox + Kinect’s main advantage is that it logs people into Xbox Live every time. This enables Microsoft to focus advertising and content better than “dumb” TV. One interesting tidbit that he also threw out was that 42% of Xbox Gold subscribers spend at least an hour a day watching video over the service.

On the academic side of things, Max Dawson, a professor at Northwestern said that smart TV devices such as Google TV and Apple TV, “are bring[ing] to our attention the messy relationships” between content providers, ISPs, developers, content owners, hardware manufacturers, etc. Basically, he said, this, “brings the kind of stakeholders that lurk in the background to the forefront,” for consumers to see.

Net neutrality was also a hot topic of the day, with the consensus seemingly being that while neutrality will probably last for some time, there will certainly come a time when carriers will probably try to push a harder for preferential data access. Summers, the Disney exec, also made an interesting comment on net neutrality regulation, saying that Disney grouped preferential access (or lack thereof via net neutrality) in a holistic way to how it views RedBox kiosks being at the front of a supermarket – i.e. the fight for space and mindshare.

Both Warner Bros and Sony Pictures had executives on the same panel during the conference, and the back and forth between these executives showed how Hollywood studios are seemingly trying to band together to not be regulated to the annuals of history like physical booksellers and the music industry. Basically, whenever one of the executives would say something, the other would respond in kind – basically there was very little difference between the approaches of either studio.

At one point, the Warner Bros executive, Thomas Gewecke, specifically said that studios were very conscious of the past failures of other entertainment industries to fight the Internet, and that they had no choice but to focus on keeping up. Right now, according to all of the studio execs at the conference, studios are mainly focused on finding ways to get consumers to buy movies instead of just watching them once through streaming services such as Netflix, especially the “buy once, view anywhere (i.e. on any device) any time” model.

Perhaps instead studios will indeed follow the course that UT Austin’s Schatz said they are already planning (tellingly, neither the Warner Bros nor Sony Pictures execs – who were also on stage – made a comment when Schatz mentioned the rumored plan to quickly release films on VOD) to make their money. While we would certainly be happy to see films appear in our living rooms sooner rather than later, at $20-50 per viewing, our response goes something like this: good luck with that.

Read next: Journalism and good reporting are affordable, integrity is not.