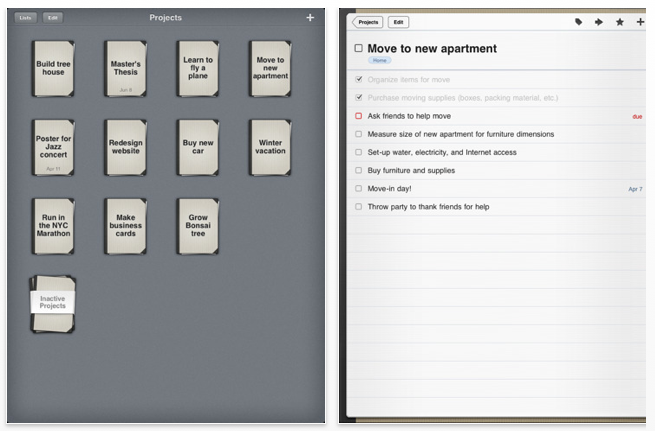 The Technological Singularity is a futuristic event, a moment or perhaps a series of moments in time that have yet to occur and what many scientists and philosophers believe will be unlike any other event in history. The word singularity is rooted in astrophysics, referring to a point in space-time, such as inside a black hole, when the rules of ordinary physics do not apply.

Today, the Singularity, once seen as a fringe topic of discussion in science, hit mainstream. As seen on the cover of today’s issue of TIME, writer Lev Grossman defines the Singularity as, “The moment when technological change becomes so rapid and profound, it represents a rupture in the fabric of human history.” Grossman’s cover story centers around famed futurist Ray Kurzweil, who holds 39 patents, 19 honorary doctorates and is far from shy when it comes to media attention. In fact, he only just appeared in an interview with USA Today, yesterday. According to Kurzweil’s calculations, the end of human civilization as we know it is about 35 years away.

Unfortunately, while the article is articulate and intelligent, it says nothing new for those of us who have been paying attention. It’s just one more interview with Ray Kurzweil to add to the thousands floating around the blogosphere. While not groundbreaking, Grossman successfully delivers the idea of the Singularity to a mainstream audience, particularly about how fast technology advances without having to explain Moore’s Law in great detail.

The difficult thing to keep sight of when you’re talking about the Singularity is that even though it sounds like science fiction, it isn’t, no more than a weather forecast is science fiction. It’s not a fringe idea; it’s a serious hypothesis about the future of life on Earth. There’s an intellectual gag reflex that kicks in anytime you try to swallow an idea that involves super intelligent immortal cyborgs, but suppress it if you can, because while the Singularity appears to be, on the face of it, preposterous, it’s an idea that rewards sober, careful evaluation.

I spent my early years as a journalist, fresh out of school, studying the Singularity, artificial intelligence, robotics and the philosophies surrounding all three. When asked to define the Singularity, I say it is the moment in time when advances in technology occur at such a pace that we are no longer able to measure it. This accelerando could have any number of effects- but Singularists generally fall into two camps.

Optimists, such as Kurzweil, look forward to living in an age in which human intelligence is enhanced by brain implants that extend our memories, enhance our senses and allow us to solve problems faster and with greater accuracy.

The pessimists, one notably is Michael Vassar, the President of the Singularity Institute, see threats to humanity from the rise of an unfriendly machine intelligence that will want to enslave humans (think The Matrix) and use our brain matter for endless computation, much as we’ve used computers in the past 60 years. If its between slave and cyborg, I’ll hope for the latter.

In fact, humans as cyborgs? Grossman writes that 30,000 patients with Parkinson’s disease have neural implants and that Google is experimenting with computers that can drive cars. But he doesn’t mention cyborg heroes like Aimee Mullins, who set world records at the 1996 Paralympics while running on prosthetics.  And have you ever lost your iPhone? Feels a lot like losing a hand or a part of your brain doesn’t it? It is that unimaginable that we may soon have a device like the iPhone implanted in our brains or Google glasses sitting infront of our eyes translating and streaming realtime information into our brains? Grossman doesn’t explore the pessimist view of the Singularity, probably because its very scary and could instill fear rather than the inspiration his article aims to serve. He gives a general overview, introducing many of the early key players- sci-fi novelist Vernor Vinge, British mathematician I.J. Good; he touches on Moore’s Law and discusses NASA’s 3-year-old Singularity University, which offers inter disciplinary courses of study for graduate students and executives as well as The Singularity Summit, an annual event put on by the Singularity Institute which has featured some of the better-known tech soothsayers, including one of its advisers Peter Thiel, Steve Wolfram, the founder of the novel search engine Alpha and Aubrey de Grey, an expert on anti-aging science (photo right).

Grossman is at his best when he dives into the fine line between organic and artificial intelligence, asking questions such as,

If I can scan my consciousness into a computer, am I still me? What are the geopolitics and the socio economics of the Singularity? Who decides who gets to be immortal? Who draws the line between sentient and nonsentient? And as we approach immortality, omniscience and omnipotence, will our lives still have meaning? By beating death, will we have lost our essential humanity?

Sadly he doesn’t reach out to more than one scholar working in this field. And intelligence is a big deal. Humanity owes its position on Earth not to any special strength of our muscles, but to the ingenuity of our brains. Our brains are responsible for the complex social structures that surround us and the accumulation of technical, economic and scientific advances that, for better and worse, undergird modern civilization. One of the root problems in the discussion surrounding the Singularity is how we define human intelligence and if it can truly ever be replicated.

The neurochemical architecture that generates the ephemeral chaos we know as human consciousness may just be too complex and analog to replicate in digital silicon. The biologist Dennis Bray was one of the few voices of dissent at last summer’s Singularity Summit. “Although biological components act in ways that are comparable to those in electronic circuits,” he argued, in a talk titled “What Cells Can Do That Robots Can’t,” “they are set apart by the huge number of different states they can adopt. Multiple biochemical processes create chemical modifications of protein molecules, further diversified by association with distinct structures at defined locations of a cell. The resulting combinatorial explosion of states endows living systems with an almost infinite capacity to store information regarding past and present conditions and a unique capacity to prepare for future events.”

Going forward, the most important issues in the field of artificial intelligence and the Singularity will be to focus on creating friendly AI, that is machines that are built with good intentions; machines that will help humans become a more advanced species. The future will undoubtedly hold both super-human cyborgs and machines wanting to make us into meatspace, but if we focus enough on why humans are uniquely special- our will power, the ability to pivot on an opinion or hold steadfast to a belief; our love; our compassion; our intuition and our very biological processes that create life in the first place, I believe the Singularity will be less an explosive moment in time but a very positive dawn of a new era, and I believe it has already started.

For more on Ray Kurzweil, I suggest Barry Ptolemy’s film Transcendent Man, which details the life and work of the futurist and inventor.

Read next: Nokia and Microsoft to team up against Google and Apple?