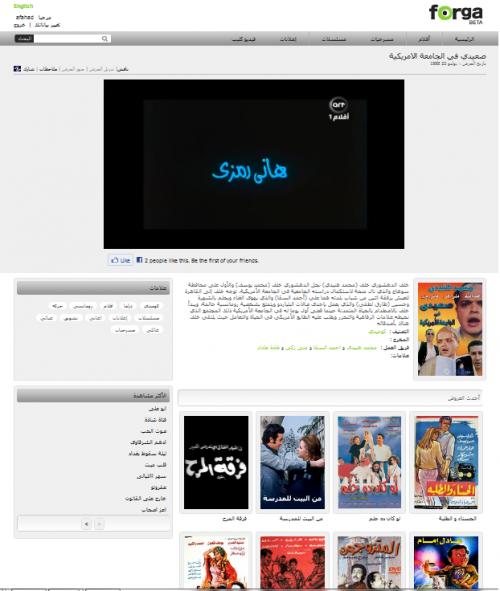 Twitter needs an anchor – or perhaps hundreds, thousands or millions of them.

If you were not following the days events in real-time on Twitter today, then I’ll give a quick recap of the roughly two hours on Twitter preceding the press conference at hospital where the victims were sent:

The conflicting reports upset many people, blaming Twitter/reporters/people sharing the news that they messed up. That, to me, wasn’t the case – news organizations were doing their best to get the story as straight as quickly as possible, and many on Twitter were also doing their best to constantly pass on the correct and most up-to-date information. In fact, if anything, it reminded me that news of John F. Kennedy’s assassination was handled in quite a similar fashion by Cronkite – trying to sort through all of the conflicting reports as an anxious world watched in the real-time of the day.

It was a kind of crowdsourced editorial effort that has happened in some ways before on Twitter, but today seemed to me to be the starkest example of this I’ve ever seen – and that includes personally doing the same through multiple natural disasters – including the Haiti earthquake nearly a year ago to the day.

If you were helping to find and pass on the most accurate information of the moment, you were part of one giant newsroom today.

However, there was one issue that keep coming up to me today, and it had to do specifically with some of the changes that Twitter has made over the last year, specifically the “Top Tweet” distinction on search. If you don’t know what a Top Tweet does, basically, it is “sticky” at the top of the search results because it has had so many retweets. In most cases, this is perfectly fine. However, for a long while today, there was a Top Tweet by a CNN Political Director Sam Fiest (since deleted, I just found out, almost certainly by himself) that had both sides of the story, saying Giffords was taken the hospital and that a sheriff had said she was already dead. That tweet was stuck up near the top of Twitter search for awhile, even after it was becoming very clear that Giffords was in fact alive.

While it’s impossible to tell if there was any kind of negative effect from the spreading of what turned out to be false info (though I of course Fiest was hardly the only one tweeting it out and I don’t blame Fiest if that is what he was informed) that tweet had while millions of others were flying around Twitter, it opened up to me a need that I hope Twitter address – adding some crisis situation editorial.

Twitter has stated quite clearly that it embraces its role as the place that breaking news and indeed entire movements can take place on its service, but with that commitment has to come some kind of responsibility. There is a large difference between someone (or a news organization) tweeting out something that turns out to be untrue, to continuing to highlight that misinformation simply based on the number of times it has been retweeted (just to be clear, I’m not suggesting that Twitter just delete tweets – that would be censorship – just removing the ‘Top Tweet’ distinction, which can give a lot of weight to a tweet, regardless of its factual accuracy).

No algorithm can fix this – only human beings can. As crowdsourcing projects such as CrisisCommons have shown (disclosure: I’m an active volunteer with CrisisCommons), human “gardening” is very important to getting the story straight. In the worst-case, unattended misinformation could lead to obstructing official responses to crisis, including getting the most up-to-date and official news to everyone.

During today’s crisis, NPR’s Andy Carvin put up a Storify about the event, which was much appreciated, but Storify can only be used to collect, not to actually affect the news editorially on Twitter. So here’s what I’m suggesting for Twitter to at least consider: either hire an experienced editorial staff that can quickly make changes to direct people to the most factual/official account of what is happening during a crisis, and/or develop a mechanism where Twitter users can vote up or down tweets (or perhaps flag in a way?). Of course, a retweet itself is a kind of vote up, but there is no way to vote anything down…

Yes, that sounds a lot like Quora, doesn’t it? Somewhat surprisingly to me, Quora wasn’t used this way today (I set up an experiment after the news had settled a bit even so). If Twitter doesn’t do this, I can see citizen (and actual) reporters using Quora or a similar service in the future to get the story straight and spread the correct word. That said, Twitter has proven itself as the platform for this new generation of news, but we’re still waiting for old Walter to take his seat.

Editors Note: January 8, 2011 was a horrible day in Tucson, Arizona, and as far as the shooting itself, the criminal investigation and any political ramifications, and our condolences and thoughts go out to all those killed, injured and to their families.

I wanted to add a couple of points after a good night’s sleep. First of all, Alex Howard of O’Reilly Radar pointed out to me that at the center of this is whether or not to concentrate on getting this done from inside of Twitter or by leveraging the platform (API). This is an excellent point – ideally the platform makes the most sense. However, as there is no way within the APIs to vote down a tweet, or really to do anything more with it than flag it as spam (which doesn’t really help here) we would need to see more from the APIs to make this work.

Another thought that I had was that perhaps part of the problem here is Twitter’s version of the retweet (the recycle looking button that doesn’t allow for further comment). While convenient in many cases, by making it the only option to retweet from Twitter.com and official Twitter apps, in a crisis, having the ability to quickly share reports – while adding your own thoughts/doubts – is extremely useful, and the native retweet doesn’t allow for that. I know this is an old complaint, but having the “old” retweet option (or at least the “quote” option) included across Twitter would be useful here.

In addition to Andy Carvin’s Storify, which I mentioned above, I came across a post on Regret The Error that details where Silverman says, “Major news organizations raced to gather reporting, and information began to spread quickly. As is often the case, this led to a lot of mistakes…” Basically, it is a detailed Storify-ish account of the false announcement of Giffords’ death and then retractions by the media. While I personally don’t access as much blame perhaps as some commentators have (and feel that the system, i.e. Twitter, contributes), it is an important perspective to consider nonetheless.

Finally, in response to a debate about whether or not news organizations should delete incorrect tweets or keep them up while offering a retraction and/or correction, Dick Meyer has posted an editorial apologizing for the mistaken news about Giffords’ death, and Andy Carvin has posted a comment on Lost Remote’s story about why NPR does not delete tweets. Others have chimed in saying that they do delete the tweets to cut down on confusion.

My personal opinion is that in a perfect world, the tweets would stay up for posterity but with a strike-through functionality (which is the way most blogs work, by the way) that lets people know that the info is not longer valid. Additionally, perhaps Twitter could devise a way that that tweet cannot be retweeted further, and perhaps would even forward to or offer an addition link on the correction.