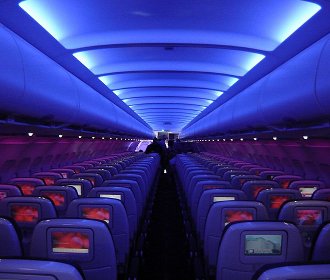 I was reading about the making of Brian Eno’s “Another Green World” earlier I found myself wondering whether it would be possible to record and release such an ambitious album in these times, where record labels are acting like frightened animals, cautiously guarding their IP and making easy moves – no doubt fearful of any further financial hemorrhaging.

Another Green World was made in 1975 in a top London studio that Eno, following a stint in Roxy Music and two well received solo albums, had booked – along with a group of the top musicians of time – without actually having planned much out first. This kind of thing went on a lot in the seventies, where after two decades of lucrative rock ‘n’ roll the money was there to make anything possible and confidence in artists (and not just their managers) was at a peak.

It’s a widely held view that we’re living in a kind of polar opposite to this these days and that the web, with its core principles of openness providing an easy sea for music pirates to sail on, is somehow to blame for this. It doesn’t stop there either – social media advocates that have tried to introduce the need for interaction with audiences to musicians, managers and labels have recently been met with waves of negativity and a sad yearning for “the good old days” when all that was needed to sell thousands of records was a few interviews and some decent radio coverage.

As you’d expect from massive corporate entities, major labels themselves have always been slow to embrace technology and therefore often highly suspicious of it – for instance the delays that have beset the launch of Spotify in the US have apparently been caused by a lack of confidence in potential revenues for the service. This is despite its success in Europe and the fact that these labels own forays into selling music via the web have been massive failures – not to mention the current alternative of continuing to release music only for it to be sold once and then endlessly pirated.

This might be a good time then, if they want to actually be around in ten years time, for labels to begin investing in emerging music technology themselves – rather than be at the mercy of smarter, web-savvy companies that will control their future interaction with audiences, and perhaps even one day seek to usurp them. A wise place to start would be to look into future formats, since MP3 is unlikely to be around forever and has proven to be a medium which suits audiences far, far more than it does the labels. Also, with licensing and IP issues no doubt being a major headache for them in terms of time and resources, perhaps harnessing technology as a means of dealing with these would be wise – although I can see a few people in the legal system resisting this one.

A forward thinking view with regards to the data around their music and artists would benefit them too. You only have to look at LastFm, whose API provides artist and song data to range of popular sites or The Echo Nest, which has recently struck deals around their music data services with two broadcasting giants in the form of BBC and MTV to see that this has a real value in terms of the kind of mobile apps and web services they can provide their audiences in the future.This is certainly something worth thinking about if these begin to replace traditional formats like singles and albums as a means of experiencing music, something that some are starting to believe is very likely. Bearing in mind that this new type of media might allow labels the chance to once again exert some control over the way audiences purchase and interact with music it would be unwise to ignore this trend in the way they ignored the rise of the mp3 fifteen years ago.

As much as I can see that record labels have been overly defensive and almost comically foolish when it comes to the Internet, few things would bring me greater pleasure than to see them recover the confidence to allow them to start investing in artists again and I honestly believe that it’s technology that holds the key to this. Let’s hope we start to see this in the coming years – who knows, maybe one day soon we might get to hear a musical endeavor as glorious as “Another Green World”.