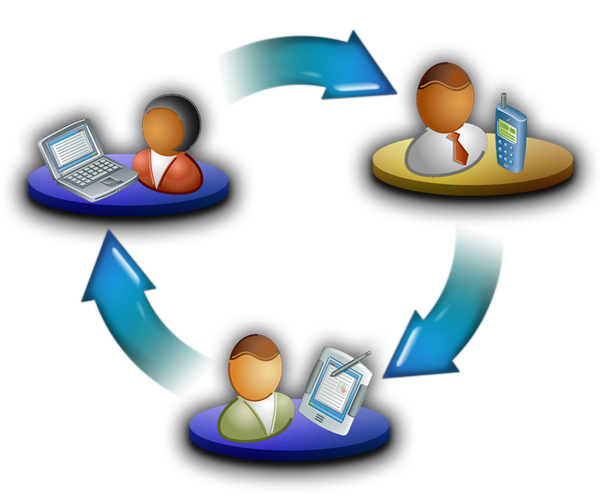 It seems that lately just about everyone is developing a Web application version of their site. Most recently, with the introduction of the Chrome Web Store, the shift toward more stylized, specialized function can only be expected to increase in frequency. But why?

The jovial, yet misguided answer is that all publishers want to provide their readers with content in the best way possible. While that much might be true to an extent, the larger idea is that publishers are trying very hard to find better ways to monetize that content. In order to get you to purchase an “application” displaying the content of a website, only the very best presentation will do.

To first address the question of the topic, we believe that the answer is both no and yes. While Web apps won’t necessarily replace the website today, they are still a viable, unique option for publishers. As our own Courtney Boyd Myers answered, these value-added features of having pristine Web application could very well be another revenue stream for the publisher.

Some website owners are already catching on. USA Today, for instance, has developed an app for the Web Store that the company sees as a way to deliver more content than what is available simply through the USAToday.com site. According to VP of Digital Development for USA Today, Steve Kurtz:

I think it gives us the opportunity to execute our business strategy, whether that’s paid content or display advertising or a combination of both.

I had a chance to pick the brain of Kate O’Neill, Founder and CEO of [meta]marketer. The Nashville-based company, which helps websites optimize every aspect of their content, had some interesting insight to the scenario. Her first question brings about a very strong point:

How far into the future are you looking? As O’Neill points out, the present version of what we’re seeing are sites and companies that are simply adopting that which is the latest thing. However, she also brings about a point with which we firmly agree — we’re witnessing the browser experience learning from the mobile platform.

At a time when so much of what we do is going mobile, going cloud-based and becoming accessible regardless of location, there are aspects to the application format that have to be given due attention. As O’Neill states, “It’s a very context-driven experience. While it could be very good, it could also be very onerous for site owners to keep up with. The question is how much value is it providing to the business of the website.”

What needs to be understood about this shift, though, is that it opens a lot of doors that we’ve previously been afraid to approach. For instance, the analytics community was up in arms not long ago when Google began measuring RSS reads as page displays. However, it’s likely that Google was ahead of its own time in its measurement, because now that door will open again.

While Google did back down from the measurement, what it likely should have done, as O’Neill points out, is develop a new metric for measuring this traffic. The views that will be provided via Chrome (and other platform) apps likely need a measurement that is all their own. Not only would that help the site owners better optimize the content provided, but it also will reach into that section about monetization and enabling a better user experience. O’Neill’s statement about the apps being onerous to site owners led me to get in touch with Mitch Canter of StudioNashvegas. While Mitch spends the majority of his time working with WordPress, he did have some great insight into the factors that will be involved in a long-term commitment to the Web app platform.

There are a couple of things going on. First, there have to be the right protocols in place [to make the installation and purchase process seamless] and there are server issues to be resolved from a logistical hurdle [for starting your application platform].

However, Canter does see it as a long-term, viable option for sites. I asked him if he thought we’d see a lot more sites moving toward this platform in the future:

I think so. A lot of people are going to try to play within the system. You’re going to see a lot of those niche sort of markets come up as people try to take the technology and embrace it. The technology is only getting better, HTML5 will start to be more prevalent. We can start to standardize things.

That embrace, and the shift toward a “platformless” society, should continue to open more doors as well. In speaking with Iain Dodsworth from TweetDeck, we’re offered some insight to the desires that drove the company to build the TweetDeck App for Chrome, affectionately known as ChromeDeck:

I always wanted to do a browser based TweetDeck (and it has been the #1 requested feature since day one pretty much) but had doubts as to how much engagement the product would get if it was just another tab. I knew it was the wrong approach to release a simple verison of TweetDeck (TweetDeck Lite) but we couldn’t do a full version of TD until Chrome Apps came along.

Interestingly, we’ve also been told that ChromeDeck is unlike most of the applications that you see in the Chrome Web Store. While the majority of “apps” are simply webpages hosted on other servers, ChromeDeck was built from the ground up to run natively in the browser. There is no reliance on servers from TweetDeck itself, which takes a potential problem out of the chain for the user.

Back to the Front

So the question remains — will Web apps replace Web sites? The answer, it seems, is three-fold.

For most sites, the app will be a value-added feature that can be monetized. Additional content can be distributed through the application and made more readily available. For others, the move to an application versus a website will be fitting, especially so if it is well-suited to the mobile lifestyle. Yet the third tier remains, in which sites will likely move from the scenario of additional feature and into application-based.

For now, the doors are wide open and it’s a brave, new world to be explored for site owners. We’re hugely excited to see what will come next.