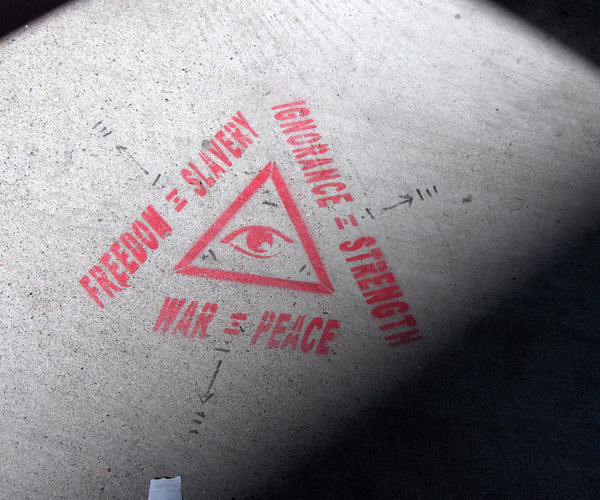 After a several days of the group Anonymous taking down sites tied to businesses thought to oppose WikiLeaks, a new tactic may be in the offing and one that assures that the information available from WikiLeaks can’t be stopped or silenced—have everyone publish some of it.

From Boing Boing comes this graphic:

We can’t confirm that this is going on, though the idea behind it seems like a good one. It’s certainly plausible that Anonymous could get hundreds of people to do something like this, however, we haven’t seen any of these posts so can’t confirm that Operation LeakSpin is for real. And a twitter search for “operation leakspin” isn’t lending insight or credence to this potential tactic. That said…

Like Boing Boing, I’m on side with this tactic to spread the information supplied by WikiLeaks. If nothing else I expect we’ll see some interesting and dramatic readings of leaks on YouTube. Whether you quote V for Vendetta “A people should not fear their government, their government should fear the people” or 1984 “In a time of universal deceit, telling the truth becomes a revolutionary act.”, the ethos is the same. Taking down websites doesn’t accomplish the goal of keeping information free, spreading it around as far and wide as possible does. You can’t keep a secret that everyone knows. This potential, new tactic, and the new OpenLeaks started by former WikiLeaks employees, are just two more ways for truth and information to get out in the open. Which is what this should have always been about anyway.

Social activism and social media can go hand in hand and this wise move by Anonymous is their best option for making real change. Stop breaking stuff, and start building stuff.

Now that we know to start looking for leaks to appear everywhere, we’ll keep our eyes peeled and post some of the best here.

Update Saturday, Dec 11th: According to a Blogspot blog post from today that appears to be run by AnonOps, Operation LeakSpin is a go. When Boing Boing and TNW first talked about LeakSpin Thursday night, there was no evidence that LeakSpin was really part of the Anonymous strategy. There is an Operation LeakSpin, but it doesn’t look like it is associated with Anonymous at all (the latest post is from November 10th). The only way we’ll know if LeakSpin is really going forward is if we start seeing forum posts and YouTube videos with WikiLeaks cables.

But here is another wrinkle…if you were running a forum or message board wouldn’t you delete these off topic posts pretty quickly? Unless they were posted in the general conversation section, but still. As for YouTube, I have no idea if they would start pulling the videos. There would be no reason to unless the video broke copyright law. Nothing illegal about reading something on camera.

We’ll be keeping an eye peeled over the weekend, but if you have insight or find LeakSpin-related forum posts or videos, leave the links in the comments or drop a line to [email protected]

Read next: Sign of the times: Netflix on, New York Times & Kodak off of S&P 500 next week