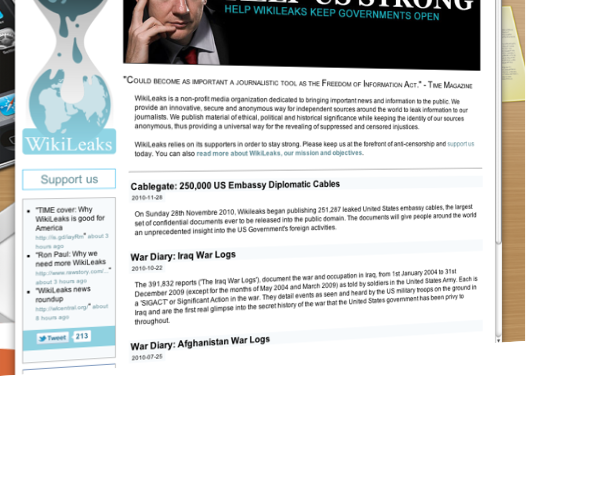 The saga of WikiLeaks is just getting worse for them. After jumping around the world to different servers, having its domain name pulled, DDOS attacks…I’m just waiting for a Biblical plague to hit the site…they have a bigger problem tonight: cash flow:

PayPal suspended the account after the U.S. said WikiLeaks activities were in violation of the law, a spokesman for the company said. PayPal wasn’t contacted by any government agency and took the action on its own, the spokesman said.

“PayPal has permanently restricted the account used by WikiLeaks due to a violation of the PayPal Acceptable Use Policy, which states that our payment service cannot be used for any activities that encourage, promote, facilitate or instruct others to engage in illegal activity,” PayPal said in a blog posting. “We’ve notified the account holder of this action.”

PayPal’s blog post, was short and sweet. No political statements or the rest, just “you violated the TOS so you’re out”. Pretty cut and dry there.

One of the options that Julian Assange has had for receiving donations has been through PayPal, it looks like that door has been closed. And this isn’t the first time that WikiLeaks has run afoul of PayPal. Last January large influxes of cash triggered money-laundering alarms and PayPal turned off the account when they couldn’t get an answser about what WikiLeaks was doing.