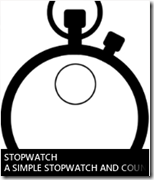 You have to hand it to Apple, they really do push the mold. On the heels of their 99 cent rental announcement for the Apple TV, a firestorm of executive babble has erupted.

Viacom: “The 99-cent rental is not a good price point, it doesn’t work for us… We value our content a lot… We don’t think Apple has it quite right yet.”

NBC: “We do not think 99 cents is the right price point for our content. [… I]t would devalue our content.”

And so forth. CBS is on the fence. So far, since Apple first announced that ABC and FOX were joining the program, no one else of note has signed up. I had been expecting momentum, but what Apple has delivered is morass.

This puts Apple in a jam, where is the content for their new gadget going to come from? They have to populate the device with something, consumers are going to want to watch the promised shows. After all, you can only rent and stream from your Apple TV as Jobs noted at their last event; the content store for renting is being rebuilt from scratch.

There is a problem: if you can buy a show for $1.99, what then is the fair price for renting the same content? Surely the television bosses do not expect customers to rent content for the same price that they buy it for (that would be lunacy), so it has to be discounted. Therefore, it has to be below $1.99 and above $0.99, the price that they have rejected.

You see the problem. If say the rentals were priced at $1.50 to entice CBS, NBS, and Viacom, consumers are going to reject them. The people that were buying before at the old price would continue to do so (the price differential makes the renting tax abhorrent, why lose when for 50 cents you can own), and the people that Apple was hoping to snag at the $0.99 price point would be left out in the cold.

In short, the Apple TV is hinging its success on the ability of Apple to fill it with content for rent at the one dollar per episode price point.

What does this mean for the television gods who are not taking part? They are in trouble. I speculated before that:

I have a sneaking suspicion that 99 cents is actually the correct price point in that people would purchase so much more content at that price that it would more than make up for the lower per unit sticker listing. At $1 a shot, I would rent whole seasons one show at a time, something that I would never do at $2.

In short, lower the price and make up potential lost revenue on much higher volume. NBC, Viacom, and CBS are saying in effect that they do not think that that would in fact be the case.

Or are they? If you look at the statements that we have above, NBC and Viacom seem to be chiefly fretting about the devaluation of their content, not the actual total revenue that they could derive from the shows themselves. That is very illuminating, and it shows their inherently broken attitude.

Those networks literally never get a dollar from me. If they wanted me to rent their shows at $1 a piece, they would net $30 from me a month. My friends too, the dedicated pirates that they all are, might change their ways.

Viacom and NBC’s focus on the “value” of their content is short sighted and bad for lines, both top and bottom. What they need to do is center on how to make as much money as quickly as possible.

The consumer has spoken through music: the 99 cent price point is magical. For short, often one time use bits of digital content, one dollar is it.

If the networks want to leave money on the table, it’s their call.

What Apple will do to fill their TV box with enough content to keep its current purchasers happy and potential customers coming remains to be seen. They don’t have much time.