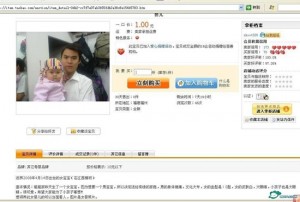 Amazon is a known innovator in content, a company that is not afraid to forge ahead and try new things. There is a problem however that is in inherent with innovation, sometimes you can get it horribly, horribly wrong.

That is what came to mind when we uncovered this story on a freshly awarded Amazon patent. The gist of the patent is the ability to charge to preview content. Why would you ever give away something that you could sell, right?

The concept is to allow for what I will call “short content vending,” the ability to sell partial bits of a full work to attempt to induce a full purchase. Instead of granting a free first chapter to anyone who wants to check out a book, charge them 10% of the full cost to get that taste.

The good news is that if this patent was implemented into action on Amazon (and it would be retracted following a user revolt), partial purchases would be credited towards a later full purchase completion:

For example, a user may have previewed a chapter of the sixth book in The Dark Tower series of books by author Stephen King, for which he or she paid $1.00. The normally discounted purchase price of $18.00 for a hardcover copy of the book, The Song of Susannah, would be further discounted to $17.00 when the user subsequently purchases the book from the party.

You can read the whole patent here. It does list Bezos as an inventor.

Given that the patent was filed in 2004 and just granted, let’s hope that they have no intentions of rolling it out.

Read next: Windows Phone 7 Heads Up Against The iPhone