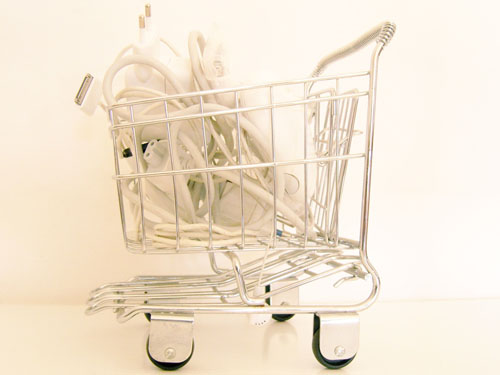 On any given day in Washington, DC protesters march along the city’s streets and sidewalks with signs and synchronized chants. Not 50 feet away from me there are union construction workers walking in circles outside a nondescript building; they’re protesting the “unfair” wages allegedly doled out by the corporate overlords within it. Protesters are so commonplace, in fact, that most DC natives hardly notice them and for the most part the local media ignores them. That includes local DC blogs, which range from you hyperlocal neighborhood bloggers to your restaurant food critics. Why, then, are so many local bloggers and Twitter users giving pre-coverage of the Tea Party event this Saturday?

The last major Tea Party protest in the city occurred on September 12 last year, but despite round-the-clock Fox News coverage, it wasn’t until a Texas Congressman issued a rather ironic complaint regarding the city’s metro system that most DC bloggers seemed to care about it. But for nearly a week now DC residents have been storming blog comment sections and Twitter to opine on the upcoming Tea Party extravaganza. “I sure hope Glenn Beck tbaggers visiting DC this weekend refuse public transportation and clean up after their signs and trash #Socialism” wrote someone with the Twitter handle @DCdebbie. It was retweeted by more than 50 people.

Most the bloggers I spoke to about this sudden interest traced it back to a single source: a blog post — written by a local Tea Party member — offering itself as a guide to DC for visiting protesters. Titled “So you are coming to the 8/28 Glenn Beck March on Washington?” the post triggered national attention mostly for the parts of DC it warned visitors to avoid. “If you are on the Blue or Orange line do not go past Eastern Market (Capitol Hill) toward the Potomac Avenue stop and beyond; stay in NW DC and points in Virginia. Do not use the Green line or the Yellow line. These rules are even more important at night. There is of course nothing wrong with many other areas; but you don’t know where you are, so you should not explore them.” Many noted that the neighborhoods along the Green and Yellow lines have large percentages of blacks and hispanics and others pointed out that the blogger had effectively banned Tea Party members from visiting virtually the entire city.

“I completely forgot that this whole Glenn Beck Sarah Palin thing was coming up this week until this guy wrote his little Tea Party guide for the District,” DCist blogger Martin Austermuhle told me in a phone interview. Austermuhle had been one of the first to notice the “guide,” and his DCist post on it has gathered close to 300 comments. “Every other weekend there could be a protest in DC and you kind of get used to it. I don’t think a lot of District residents pay attention to what’s down by the [National Mall] where the protests happen. The protest itself is kind of insignificant from a local angle but what this guy wrote is more of a story.”

Part of what offended Austermuhle was what he considers an unfair portrait of the city, particularly its crime rates. “He just said avoid entire parts of the city, especially at night, because the chances of you getting robbed, shot, raped, stabbed, any of that, it’s most likely going to happen,” the blogger explained. “Anyone who’s been in the District for the last 10 years knows that that’s not true. Even 20 year ago when the District was as dangerous as it was, it wasn’t like you walked out on the street and you were going to be shot on sight. It’s a pretty unlikely occurrence. He basically condemned anyone who read his piece to absolute fear.”

He also felt that the “guide” gave poor recommendations for food and entertainment, and regardless of the Tea Party’s political beliefs Austermuhle wanted them to enjoy their stay in DC. “I would be more happy if they did their protest thing — see Glenn Beck, see Sarah Palin — and then go look at the rest of the city and see that it’s not at all as bad as they’ve been told. This is an interesting area with interesting, dynamic people and they just have to go and meet them.”

Ben Rome, a blogger for We Love DC, viewed the controversy as a PR opportunity for the city. Rather than mocking the Tea Party guide, he used it as a springboard for a mostly tame post defending the area. “Does DC have issues?” he wrote. “Yes – but then again, so does every other city around the globe. However, many cannot claim to be the most photogenic, or the most picturesque, or one of the best caretakers of a national heritage. Washington, DC can make a very strong claim for any of these titles.”

“I found it kind of annoying that someone who claims to have lived in DC for decades has such a closed-minded view of the city,” Rome told me. “And that personally to me made me kind of angry. I’ve been living here coming up on five years — I used to live in Pittsburgh until I moved here — and now this is my favorite city ever. And I felt as if my family was getting impugned by some guy who painted us with such a really broad brush.”

But even though the blog District “guide” spawned so much pre-coverage of the Tea Party event, does that mean that local bloggers will cover the protest itself? Both Rome and Austermuhle seemed skeptical. Yes, many outside the nation’s capital have delighted in attending Tea Party protests to take pictures of their misspelled, ungrammatical signs. But when it comes to DC protests, local residents have pretty much seen it all.

Read next: How A Troll Is Born