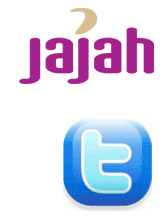 Almost to the day that the first “multimedia” computers began to appear in our homes there has been a feeling that the personal computer, despite all its incarnations and variations, just isn’t the best-suited device for enjoying a rich, immersive media experience.  Music has thrived on our computers but video – primarily movies and TV shows – have rarely felt truly at home.  YouTube, Hulu and Netflix have made great strides bringing traditionally “lean back” entertainment to the smaller, more portable, “sit forward” environments of our laptops but something is still missing.

There is a reason movie theaters are still popular: the experience.  While at the theater the goal is for your attention to be entirely consumed by the world in front of you.  It is a split from the mundane of the everyday life where we are always connected and available and trying to multi-task.  Television used to be similar, presented in an almost comical way, usually with two kids kneeling in front of the softly glowing screen, transfixed by the images.  Today laptops, smartphones and iPads are common TV companions and TV is an almost social experience – live chats, tweets and IM conversations among fans and friends are common occurrences.  Not to mention regular old web surfing.  Without a doubt the family TV has undergone a number of changes, but if a few companies are able to close the ever-shrinking gap between “computer” and “television” we could be on the cusp of a television experience never imagined by the early television pioneers.

A lot of brain cycles have been spent trying to decode the rumors of the AppleTV returning from the “hobbiest” limbo in which it has spent nearly its entire life.  The latest of these describe a device similar in shape to an iPhone without a screen. Unlike the previous incarnation, this new version would lack a spacious hard drive for storing media and would instead rely entirely on streaming.  This box would mesh nicely with the iTunes TV subscription rumors that were running wild late last year and could be the first step in dismantling the current television content distribution method.  Just as Apple brought 99¢ singles to the masses and broke apart the album, subscriptions may allow you to get only the shows on a certain network or perhaps, choose each individual show across a variety of networks.

Digg founder and technology entrepreneur Kevin Rose believes that the rebranded iTV will launch in September, the time the annual iPod refresh is usually announced.  Rose thinks that the iTV “Will Change Everything” by brining together MobileMe, the iOS App Store, and the beefed up TV subscription service.  He also pictures the iPad becoming a “big badass remote control” which, given the basic Remote app for the AppleTV, is definitely a possibility.  The other control scheme would be the ultimate in non-hype: the Magic Trackpad.  Sure it’s nice to have all those gestures on an iMac or older laptop, but why not a remote that not only lacks buttons but a screen of any type?  The control would always be large – on the TV itself – which could be a selling point in itself.

Conveniently the other heavyweight pushing a TV strategy is Google, who you may remember from the iPhone v. Android wars, with their Google TV nearing release.  Announced in May at Google I/O the Google TV strategy is to iTV as Android is to iPhone.  Google will again partner with multiple companies: Sony, Logitech and Dish Network will be producing the first wave of hardware that will bring the Google TV experience into a living room near you.  Announced with many features similar to Rose’s predictions for Apple’s living room box, the Google TV platform will have an application store of its own, connectivity with Android phones and presumably tablets when they hit the market.  While some of Google’s potential partners in Hollywood are not sold on the platform quite yet, the power of the Google brand and lingering fears among television executives, worried about Apple taking over their space as they did music, should be enough to get Google TV out the door initially.

The humble cable box may be nearing the end but it has fended off attacks in the past.  One more factor that could alter the plans of both Apple and Google: Comcast.  As a content distributor through their cable and Internet services, as well as a content creator through NBC, the company could build significant obstacles if they feel threatened.