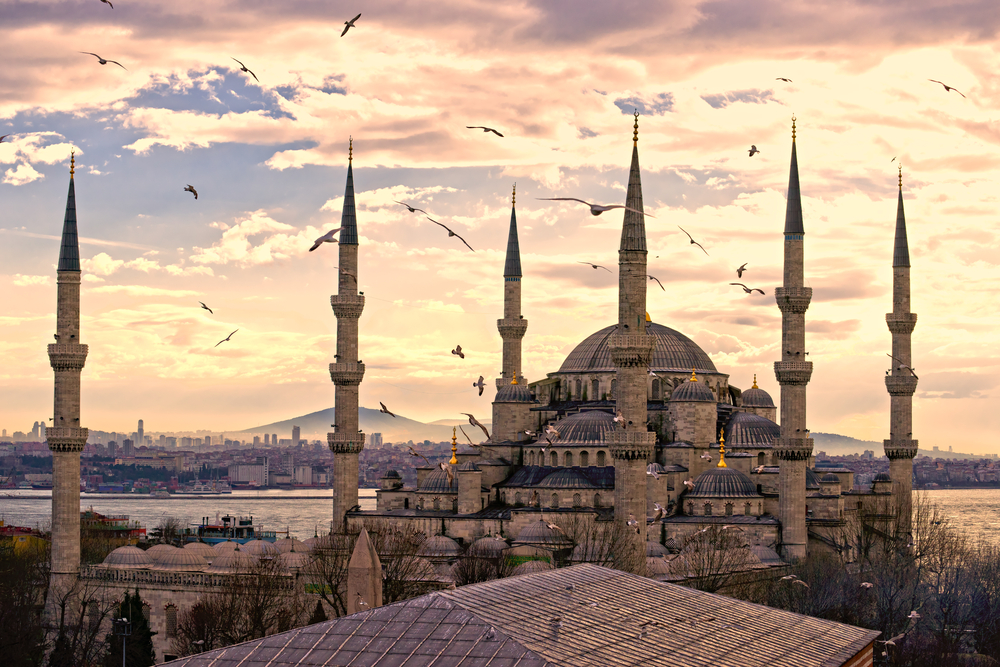 The site has 36,000 authors, and an equal number of users who hope to become authors. It contains more than 10 million entries, gathered into more than 2.5 million topics, and it attracts 7.5 million unique visitors a month, out of a total Turkish Internet population of a little over 30 million. It’s an enormous success that few outside Turkey have heard of.

This is even more surprising, when you consider that the site just celebrated its thirteenth anniversary February 15th. It’s the grandfather of blogs, older than Wikipedia, Facebook and Twitter; it was launched before Urban Dictionary, which has 6 million entries.

“The idea was to create a user-made dictionary,” says Sedat Kapanoğlu, the site’s founder. There’s no editing: anyone can create any definition. Like a real dictionary, the entries are ordered numerically, but there’s no limit to how many definitions there can be; they can surpass 10 thousand entries, as is the case with “Love”, or for the prime minister, Recep Tayyip Erdogan. The most-read definitions are ranked first. All of this is processed in real time.

Some people see this as a sort of forum, but, Kapanoğlu insists, “We wanted to avoid that, and we created rules to prevent it from happening. We wanted a dialogue between ideas, not people. When a contributor leaves, the ideas and conversations remain.”

The site’s only revenue stream is advertising; in order to avoid “disrupting the user experience,” it is limited to one ad per page.

“We have more entries than the English version of Wikipedia,” Kapanoğlu responds when asked, “but the quality isn’t the same.” Jokes and false info abound. “We believe that no one has the authority to decide what stays on a site,” he says. “We’re neutral in terms of administrating it, and we’ve become one of the largest Turkish sites to defend the freedom of expression in a country where it is threatened.”

So there is no control of any sort. “I decided to let everybody express themselves, independently of social, religious or political stance It was very radical back then… and now makes us one of the most popular sites in Turkey.”

As far as one can gauge from an hour-long interview, Kapanğlu deserves a place in the pantheon of IT figures. He’d never say so himself – he’s humble and doesn’t seem to take himself too seriously.

At 36, he has never gone to college, but he wrote his first program when he was 10. “I learned on my own and I created a lot of things,” he says. “I love the creative process. I have thousands of ideas. I know what to do with a computer, and I understand the web’s potential.” He has so many ideas, they sometimes get lost in the process. He can’t remember what he was thinking when he wrote “offline cellphones” on a scrap of paper, for example.

Kapanoğlu worked in Seattle for Microsoft for 5 years (2005-2009) without anyone really seeming interested in his site. Then came the day he realized he was making more advertising pays. “That happened even though I considered it more of a hobby, nothing new. And then it started to make more money than I earned with my salary. I had to make a decision.”

But, since his return to Turkey, he’s had to deal with increased government attacks. They ask him to reveal the IP addresses of anonymous posters with increasing frequency, which explains why his office has three developers and four lawyers.

There have been a few suitors for a possible acquisition, but “I have no idea what I’d do what the money. Keeping the site alive in today’s Turkey is a huge challenge.” All his energies go towards this.

It’s strange that this “dictionary” (Sözlük in Turkish) has been copied hundreds of times in Turkey, but has only been replicated in one other country, Azerbaijan. Why not anywhere else?

The requests to copy the idea in English, French, Romanian and Arabic haven’t had much success. Kapanğlu is convinced that it can’t work anywhere else. “The way the site has grown is linked to specific aspects of Turkish society. We wanted to express ourselves, but had no space for that. The laws of physics don’t apply to social media; every culture needs its own platform.”

It’s a fascinating response, but one that Uçkan, the professor, doesn’t agree with. He recalls that Google’s social site Orkut, which is immensely popular in Brazil (and which plays an important role in India), was invented by Turkey’s Orkut Büyükkökten. Turkish-style socialization could perhaps spread elsewhere. “It can be copied. The format can be entertaining anywhere.”

My Winch5 project is essentially built around the question raised by this Turkish Sour Dictionary. If the culture of Harvard students can spread across the globe, it’s either because we’re all American teenagers – even more absurd than it sounds – or because the most unique cultures have the possibility of dissemination. On the condition, no doubt, that they have a Napoleonic drive and the economic resources needed to succeed. It’s always good to put your premises in question.