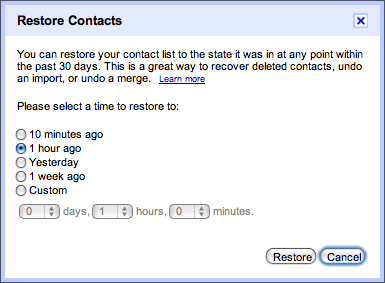 According to a 2010 Wikileaks cable from Doha, Qatar, the US government has previously had a say in what content appears on the Al Jazeera website.

The cable documents a meeting between Al Jazeera’s Managing Director, Wadah Khanfar, and US government officials, referred to only as PAO.

PAO met 10/19 with Al Jazeera Managing Director Wadah Khanfar to discuss the latest DIA report on Al Jazeera and disturbing Al Jazeera website content. Khanfar is preparing a written response to the DIA points from July, August and September which should be available during the coming week. Khanfar said the most recent website piece of concern to the USG has been toned down and that he would have it removed over the subsequent two or three days.

Al Jazeera is no stranger to controversy, and has been the target of censorship and intimidation in several countries, the most recent of which occurred today when its Cairo offices were reportedly stormed by Egyptian state security, echoing the ransacking of their offices during the 18 day period of the Egyptian uprising.

While Al Jazeera may be accustomed to strong arming, judging by the Wikileaks cable, the more subtle self-censorship has also been an unwelcome part of the network’s past, when objectionable content on its website was removed following a request by US officials.

PAO raised the question of an Al Jazeera website piece published in the last week, listed under the heading “Special Coverage”, and containing “Live Testimony Concerning Tal Afar”. The site opens to an image of bloody sheets of paper riddled with bullet holes. Viewers click on the bullet holes to access testimony from ten alleged “eye witnesses” who described recent military operations in Tal Afar.

Khanfar said that, in accordance with an earlier promise to PAO (Ref B), he had taken a look at the piece and had two images removed (two injured children in hospital beds, and a woman with serious facial injury). PAO pointed out that the testimony of a “doctor” in the piece also implied that poison gas had been used on residents of Tal Afar and that the appearance of the piece, in particular the bloody bullet hole icons, came across as inflammatory and journalistically questionable. Khanfar appeared to repress a sigh but said he would have the piece removed. “Not immediately, because that would be talked about, but over two or three days,” he said.

He said he had told the website staff that in future, when they want to add an item to the “Special Coverage” section of the website, they should send a draft of the idea over to his office.

While outright intimidation is easily construed as an attempt to stop Al Jazeera from broadcasting a story, this would imply that US government officials are far more involved in controlling foreign media, and in a far more sinister way than their Middle Eastern counterparts.

Al Jazeera, when it first launched, was both criticized and praised for its determination to face facts head on and broadcast images and stories without sugarcoating the harsh realities of the 9 o’clock news. Judging by the content that was removed at the request of US government officials, it would appear that they believe that softening the blow of the world’s horrific events is the way to go, while also dictating what is “journalistically” acceptable.

However, as the lines between social media and citizen journalism continue to blur, it will be very difficult, if not impossible, to stop an audience from seeing the reality of the world they live in, if they choose. The footage that continues to pour out of Libya and Syria and onto our computer screens via YouTube is proof of that.

Read next: Why Brazilian expats are moving back home to work with startups