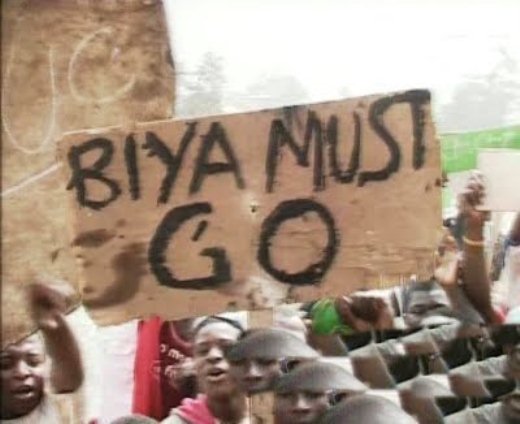 In an attempt to stop future opposition protests inspired by the recent uprising in other Middle Eastern countries, the government of the West African state of Cameroon has banned mobile Twitter.

President Paul Biya believes he can cut off future protests by eliminating one of the tools that protesters might use. Journalism blog Foreign Policy reports that the official Twitter Mobile account announced that the service has been suspended by the Cameroonian government.

It turns out, however, that his plans have backfired as Cameroonian blogger Dibussi Tande notes that blocking the service only promoted the awareness of the people, who didn’t even grasp the potential of Twitter as a tool for political activism. It is a country with around 725,000 Internet users, an insignificant 4% Internet penetration rate.  He further adds:

The government has also completely misread the lessons of the February 23 protests; even though Twitter played a prominent role in informing the world of what was happening in Cameroon, over  95% of the tweets which the international media relied on for updates did not originate from within Cameroon. It was information obtained via mobile phones, regular SMS and email which ended up on Twitter and not real-time tweets from activists on the ground. Thus, banning the Twitter short code does little to change the balance of power online.

Cameroon now joins the list of countries where Twitter is blocked, with China, Iran, the United Arab Emirates, Pakistan and Libya–but as history suggests, blocking off social networks never stops the protests from going ahead.

Read next: Apple heads to SXSW, sets up temporary store in Austin