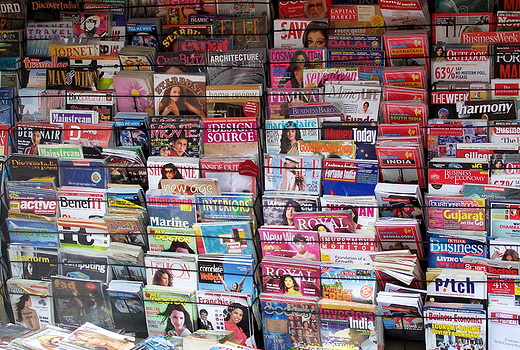 According to a press release on GMR, Mediaquest co-CEO Alexandre Hawari said “40 sites have already joined the network, including ten from Mediaquest Corp.’s own portfolio. We aim to partner with 100 websites by the end of 2011 and will be focusing our marketing efforts in the GCC and the Levant as well as key markets around the globe,” Hawari added.

With more than 17 publications ranging from sports to fincances, Mediaquest has shifted into the digital media realm. Gradually embracing the fact printed publications are a part of the not so recent, inefficient past in the Middle East.

Mediaquest’s online existence not only includes the web, but have also had attempts at iPad publications for certain popular magazines, such as the launch of an iPad version of Trends magazine in 2010.

Obstacles surrounding the printed word have existed as early as the Arab states magazine readers dwell in. Creating yet another incentive into moving from print to digital for some, and many yet to come.

Albeit a logical one, this move marks a turning point for many printing presses in the Middle East, sharply striking a bell that’s highlighting the increasingly troubled state of the printed word.