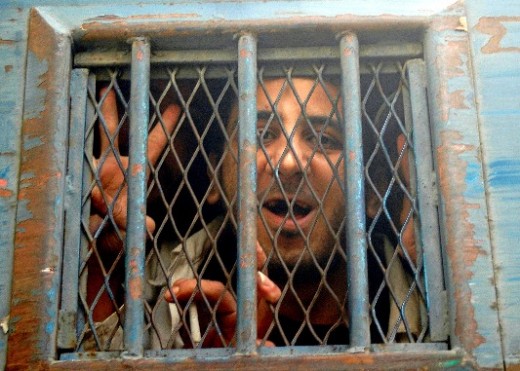 ‘Free Kareem!’ was the title of a website that kept one of Egypt’s prominent bloggers alive in everyone’s memory for the 1470 days (4 years) he spent in an Egyptian jail cell. Being released November 16th 2010, Kareem is now missing again, possibly in a Cairo jail cell.

Kareem Amer, notoriously known for his anti-Islamic rhetoric blog posts which focused on Egypt’s primary source of Islamic education Al-Azhar University, that in addition to his open criticism of the Egyptian regime’s oppressive security measures.

The fact his controversial posts affected so many, it’s hard to say who would be the most likeliest party responsible for his disappearance. But considering the regime’s track record, all eyes fall on Egyptian security forces.

Initial reports of him going missing began to emerge Monday, Feb 7th on Twitter which were confirmed by Cyberdissidents.org an organization dedicated to supporting human liberty Kareem is an active member of.

This could sadly mean Kareem’s old website administrators, the appropriately controversial organization MidEast Youth, might have to dust off the domain and start updating Egypt’s latest missing activist.