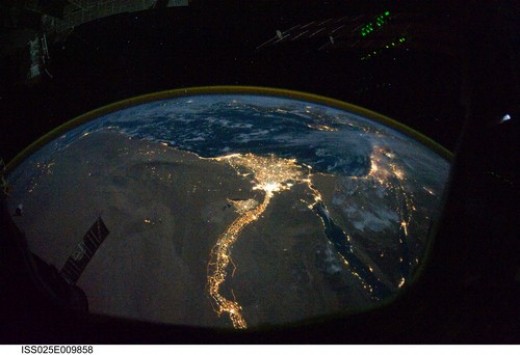 Having the largest online population in the Middle East has its obvious perks. It makes Facebook and Twitter efficient tools to reach influential members of society that can help organize mass protests that have the potential to overthrow a government.

It also means the large user base is a good investment for businesses that target the online consumer market in Egypt and throughout the region.

Companies like Jabbar Internet Group have investments that extend to Egypt such as Souq.com, while other e-commerce businesses both mobile and non-mobile have been thriving especially over the past 24 months. Until Telecoms practiced ‘Switching Off the Internet‘.

Speaking to founder and CEO of Souq.com Ronaldo Mouchawar about the Egypt Internet lock-down he said “With the net completely off, we had zero traffic”.

The unanimous action triggered by the Egyptian government to control its rioting online masses has caused losses estimated to be in the hundreds of thousands of dollars for e-commerce platforms let alone merchants operating through them.

Samih Toukan CEO of Jabbar Internet group, the holding company of Souq.com and other e-commerce and online gaming platforms in the region said: “We are completely focused at this stage on the safety of our team. We pray for the Egyptian people and hope things will be stable soon and Egypt will prosper in the future and business will grow and jobs will be created. Thats our mission at Souq, to allow people to transact and trade and create jobs.”

Reports of companies like Microsoft and Hewlett-Packard with facilities in Egypt have instructed their employees to either leave the country or stay at home, with the deep pockets to withstand turmoil and almost zero productivity rates.

Other regional startups that depend on outsourcing via online portals such as oDesk weren’t as lucky. Badr IT is one of such, while the company specializes in many different technologies ranging from Ruby on Rails to iPhone development, its main source of revenue is online.

The Internet blackout instructed by the Egyptian government not only shows a total disregard for international business operating in the country, but a lack of understanding of the fundamental needs of local talent to thrive on a global level. No wonder the people are rioting.

Read next: Facebook Launches Places Deals in UK and Europe