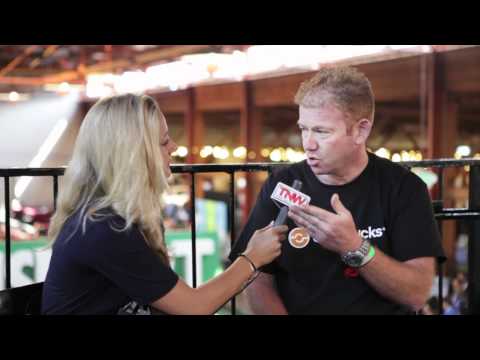 Over the past couple of days reports have been coming in about an ad campaign by Vodafone Egypt that has sparked a quite unintended response from Egyptian customers. The response really took flight online, and remarkably reversed the campaign.

The video depicts a group of 3 young Egyptian guys in a Back to the Future set up trying to help Abbas bin Fernas avoid a deadly flying experiment. The Muslim scientist and scholar happens to be widely accepted as the first human to fly successfully for 5-10 min back in 850AD in Cordoba – Spain.

It all started with Vodafone launching a campaign both online and offline to promote their new USB Internet bundle on the first of Eid celebrations which stirred up a storm of negative sentiment.

Early sentiment began to materialize in the Egyptian blogosphere with blog posts spilling offline with threats to close accounts, and others actually ending their service contracts with Vodafone in an expression of protest against the video.

Then taking on to Facebook and twitter, the hashtag #VodaFly was assigned to the topic, which began to trend in Egypt generating tweets, Facebook page comments, and emails to Vodafone officials which was first ignored. Terribly.

Instead of immediately acting on all the feedback the people from Vodafone would respond to comments on Youtube by deleting them. Their call centers getting many calls to end what some perceived as an insulting campaign were reportedly confronted with laughter and sometimes ridicule, enraging the already annoyed customers.

Global Voices Online has put together a good timeline with samples from Egyptian bloggers about the topic you can find here if you’re interested.

As much as I sympathize with those disturbed by the campaign, I don’t really find it enraging. Is it historically inaccurate? Absolutely. But I think this falls under the ‘adding insult to injury’ category of Arab pride.

Vodafone have displayed the worst quality any marketing campaign could bear in my opinion: Cultural Insensitivity. They not only portrayed a historically well-respected scientist as crazy, but tried to educate him with lessons learned from the Wright Brothers using Wikipedia.

Don’t they know who their audience is? Addressing Arabs who believe they don’t get enough credit for their early accomplishments in science and culture with rubbing the fact in their face with foreign achievers is like. Dumb.

This is wrong on so many levels I only want to know the name of the ad agency that created the series just to avoid recommending them to clients in the future.

One thing Vodafone has finally done right is issue a statement on their Facebook Page announcing the end of the campaign pulling the video off YouTube and Facebook and promising to take off the air in Egypt.

…due to the fact that some of our customers perceived the ad as offensive, we decided to remove this ad from YouTube and from our official Facebook fans page. Also, the airing of this ad on some TV channels is already stopped. However, due to the holidays, the complete removal of this ad from all TV channels will take place gradually over the next few days until the ad is redone in a way that would not offend anyone. The immediate resolution of this issue by Vodafone Egypt reflects our sincere respect for our customers.

Egyptian blogger Doha Shawki went over the lessons learnt from the Abbas bin Fernas campaign quite thoroughly. My suggestion to multinational corporations: To know your audience, go local.

I guess if you’re as interested I am in all this, you want to see the video that put all of this in motion, so here it is, posted by a concerned Egyptian after Vodafone took it offline.