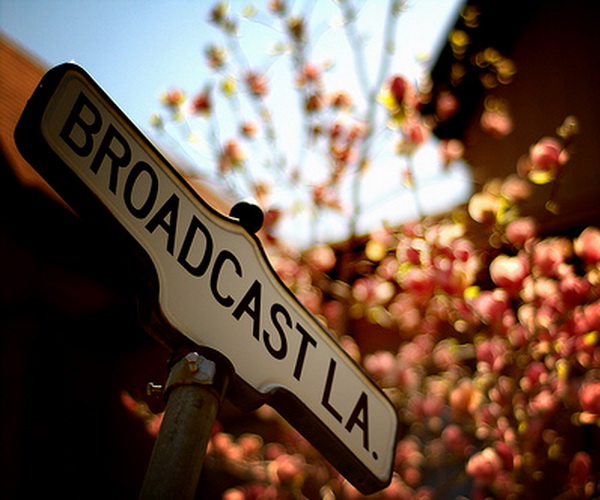 During last week’s very impressive Celebration of Entrepreneurship the scene was so loaded with CEOs, CTOs, CIO, and what ever C you can think of, it was hard to decide who to ask for what.

But in all the ruckus of C-level executives and entrepreneurs, then VCs and Angel Investors you notice a small army of young and energetic guys more online than off who were lighting up two giant screens with tweets, blog posts and Facebook page updates that was forming an informative and inspiring part of the event.

That same team was responsible for getting lazy old tech bloggers like myself, and every other ranter with a blog that matters onto the event floor. They go by the name: The Online Project.

I had been checking these guys out for over a year but never got the chance to have a sit down with any of their people till last Tuesday which was when I got to meet Nina Mufleh, a leader in The Online Project and a charmer I was lucky enough to steal for 15 minutes to let her tell you an amazing story about Marketing, Social Media and Italian clothing.

TNW: Many ask, what is it you guys do?
In a nutshell The Online Project does Social Networking Solutions for companies, what that means is we set stragtegies for how companies are going to interact with their clients using Social Media. We put the long term vision then implement the strategy.

TNW: What is your position in TheOnlineProject?
I’m one of the co-founders and Director of Operations.

TNW: How long have you guys been working?
We launched June 1st 2009. We are part of a larger umbrella company called Modern Media that include 5 companies in totoal.

TNW: How large is your team?
We’re about 20 people, while some are shared resources among Modern Media companies.

TNW: Do you actually help clients make money using Social Media? Give us an example if possible.
We help them increase ROI through Social Media. It’s different from client to client, but our proudest example is a fashion brand called Veramoda which is an international brand which is very accessible to young hip Middle Easterners which is also where they operate.

They have a lot of competitors which are getting the attention of the young consumers in the region and are one of the early companies interested in getting into this field.

So we started off with them about 8-9 months ago starting with a basic Facebook Page and building a community around their brand making sure they connect to their consumers, solve problems, build their social image so users can know more about their products, clothes lines they are producing.

And we did something for them, which is as far as we know, the first user generated catalog. We identified 25 of the most passionate Veramoda customers. So what we did is, we created a regional FB fan page, but it got international fans it has grown to around 80,000 fans.

So we chose the most active fans, 25 female fans from Jordan and we asked them to come in for a couple of days learn a bit more about Veramoda and live for a while at the offices.

Then we took them to the Veramoda stores, so from 12-1 fan1 would come and pick her favorite outfit and style a model and we took pictures.

So then we uploaded the pictures up to the FB fanpage and we gave each one of the 25 girls a link to the pictures they chose and told them why don’t you give them to your friends and family to see what you’ve done. And then we empowered them with the tools to spread them.

So we immediately noticed an increase in fans on the page, we had 20,000-30,000 fans come in within 2 weeks. But that’s not the best part, the best part is the fact the day after this offline event, we had a 27% increase in Vermoda sales. A week later saw a 40% increase in sales.

And so now we’re planning on implementing it for other clients, because some say the first time is luck, the second is science, and we’re all about getting it right.

I hope this is as informative for you as it was for me, and a good case study on how Social Media has a proven track of relevance and effectiveness in a region where skepticism is the only main stream sentiment you can count on. Till now that is.

Read next: There is no pop-diva that Microsoft doesn't want to hire. Next up: Miley Cyrus