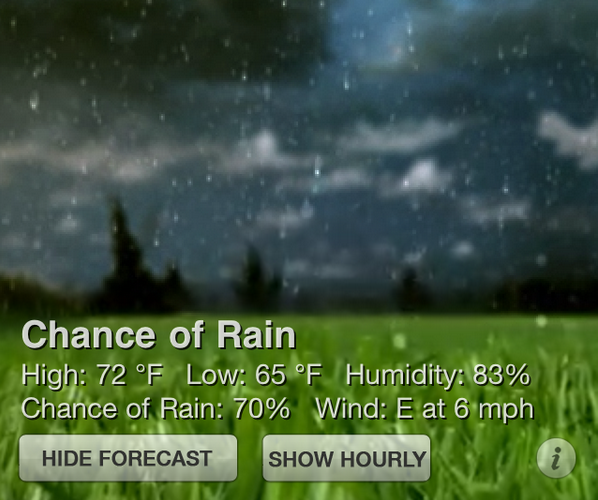 The world’s first iPad high definition weather forecast app has taken a leap to a broader market with a smaller screen surface: the iPhone & iPod touch. And they’ve nailed it to the wall.

In case you haven’t already bought it for your iPhone, Weather HD displays your city of choice’s weather forecast using high definition video instead of the usual dull cloud blocking sun icons. And to those of you who have bought it can install it immediately on your iPhone due to it’s universal nature.

When we first covered the iPad app on TNW ME we were a bit skeptical about the app developer’s plans on creating a version for the iPhone that with it’s small screen, but with the app’s gorgeous animations that blur the line between photo-realism and fantasy, in addition to optimization for iPhone 4’s Retina display they have come up with some serious iPhone eye candy.

Read next: 13 Simple Ways Of Increasing Your Facebook Likes