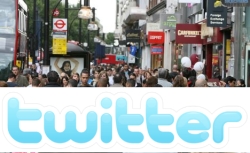 Google Ejabat (meaning Answers) the region’s mutant Digg/Forum service has added a new SMS Q/A service where a user simply sends an SMS to the number +447781487877 and start getting answers to your question from users live on the website.

The additional service comes after almost a year since Google Ejabat’s launch September 9th, 2009 which presented an impressive platform that contained some of the most popular aspects of the Arabic web scene, that being the forum model with a vamped up rating and point system similar to Digg.

As an example, we sent in a question about the best Arabic tech blogs out there and after only 5 minutes got two answers via SMS that sufficiently covered it. Google also provides a link to check out questions sent from SMS devices here that can be a bit confusing and I’ll tell you why.

Google Ejabat has some strict moderation in general, so it’s common place to see certain answers removed from time to time, or even instantly due to the efficient moderators managing the platform. But with SMS, your going to get ALL answers, before they’re removed from the platform, which could lead to a very ugly mess of say a nasty spam bot get’s a hold of this feature. Which we hope Google has anticipated.

For that sole purpose Google Ejabat allows you to stop the service from sending you messages by simply responding to the service number with 0 in the message body.

The service was obviously meant to help with questions to need answering on the go and don’t care to get any credit for raising, which otherwise would be if you were using the web interface. That being said, it might prove to be beneficial for users to have the system allow users to register their phone numbers to keep track of their mobile questions in addition to the ones they submit via the web.

All in all this feature is a good addition to the already popular platform, that runs head to head with other companies in the region and specifically in the UAE like The Question Company which boasts itself as a cheap service chargign AED 3 for any question you might have, which they will answer ‘correctly’ for you. TheQuestionCompany only targets the UAE, while Google’s service covers the entire world.

It looks like the team at Google Arabia plan on making the year 2010 an active one we at TNW hope to see more services and improvements happen within.