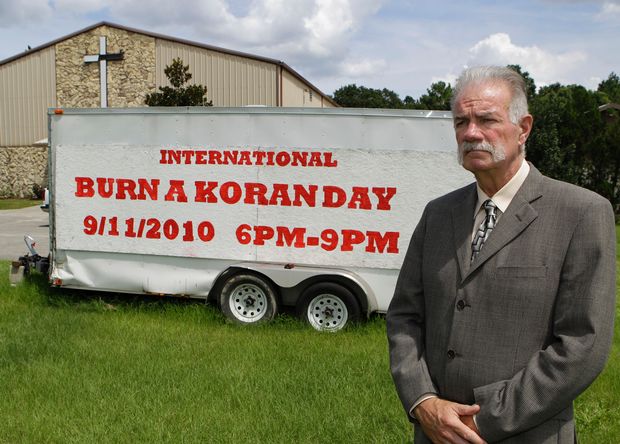 If you’ve been following the news on the wacky pastor that’s planning on burning a Quran (the holy book of Muslims) come next 9/11, then you’ve probably noticed that the outcry against it has been resonating throughout some unexpected corridors.

Some criticizing the act include the top U.S. general in Afghanistan, the White House and the State Department, as well as a host of religious leaders and that’s in the US alone. The Vatican and the European Union have been amongst those denouncing it globally.

Gen. David Petraeus warned Tuesday in an e-mail to The Associated Press that “images of the burning of a Quran would undoubtedly be used by extremists in Afghanistan — and around the world — to inflame public opinion and incite violence.”

We won’t get into the details, you can read more about that here. What caught my attention is the trending topic right now on twitter, which to be honest is what made me realize the size of the discussion currently triggered by this topic.

Taking into consideration Gen. Petraeus’ statement and the popular demand to stop his disgraceful action, assuming burning the holy Quran could most probably result in a heightened sense of rage against the United States inside and outside the country that could result in bloodshed, could this trending topic create enough popular demand to stop it?

Now for the record, I think this man shouldn’t be given the attention he’s gotten till now, and definitely not the amount of media coverage so far. But the timing of his action coinciding with a global discussion on Ground Zero Mosque with the 9/11 terrorist attacks, and the celebrations of Eid (the Islamic nation celebrating the end of fasting in the holy month of Ramadhan) could have a very emotional impact on all engaged parties.

Some signs of the effect of the burning has brought out hundreds of thousands of Muslims around the world in protests some even going as far as threatening to attack US Embassies abroad.

We hope Twitter will be a peaceful means of expressing the popular demand to stop this action, instead of possible attacks on the ground that could in fact result in bloodshed, or even death.