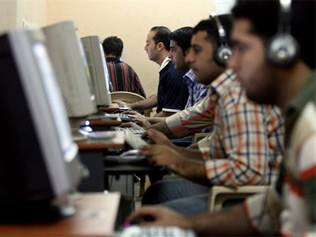 MBC Group the region’s largest broadcasting entity have launched yet another service but this time they’re jumping into the social networking domain with MBC Nas an Arabic social network very similar in structure and content to platforms like Jeeran and d1g.

The network contains 7 sections: Nas (meaning people), Blogs, Pictures, Video, Groups, Events, and Forums currently available in Arabic only which is the case with most of their existing services.

It really doesn’t bring anything new to the MENA social networking scene rather than an online TV channel called MBC Nas that up until now is providing an online Q/A channel for famous Arab artists to interact with by MBC Nas network members (not to be mistaken with the new youtube spinoff nastube.com which is not affiliated with MBC in any form).

It doesn’t look interesting so far, with the wide range of choices in all of the above that already exist in the region, MBC has created a network for users to connect, upload media, and discuss them in forums. But isn’t that what %80 of the region has been doing for the past decade or so?

I’ll let you check it out and correct us in the comments if we missed anything, but for a group like MBC, I must say I’m quite disappointed. Again.