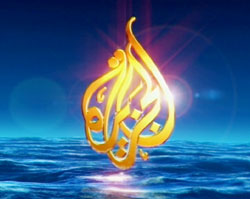 The world’s largest Arabic speaking news channel and 3rd largest international news network has launched their entirely new and overhauled English website and we thought we’d give you our opinion on it.

The renovated portal comes with some major improvements the most important would be:

We thought we’d let you judge for yourself and put together some before and after shots to compare the improvement: Its English speaking website hasn’t received as much attention as it’s Arabic counterpart which got 3 redesigns during the past 4 years while AlJazeera English basically been the same since 2006, of course minor improvements were applied but none worth mentioning.

Although not exactly an epic work of art, the design comes as a needed first iteration for their English portal, which in my opinion is far more usable and accessible than their previous portal and their current Arabic interface. Opportunity to improve is quite large with not all of the homepage optimally utilized, such as the section immediately below the main story images.

I personally favor the almost minimalist design they went with, but it appears they launched a day too early because of some design inconsistencies that exist in the design, a portal like AlJazeera should definitely avoid.

All in all it’s a good start for better portals to come, which we hope other regional news agencies will follow in the footsteps of.