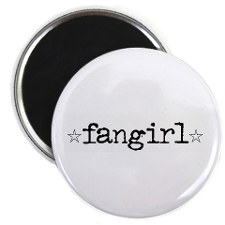 The moment I heard about the iPad, I had to have one. It became an obsession like several other technology obsessions I’ve had in the past. It would start with an article on some tech blog. Then I would start googling it every two or three days to see if there was any more news on it. Soon, I would follow its sales on the news, read the latest critiques and praises, and consider various schemes and alternatives on how to get my hands on one.

Unfortunately, when it first hit the UAE market, its price was well over 7000 AED and somewhat over my budget for luxury technology items. There was simply no way I could justify purchasing the oversized-iPhone-that-was-not-a-phone. By the time the price had dropped somewhat, my birthday had come around. So began Mission: iPad. With my birthday only three weeks away, I unabashedly expressed my desire for an iPad left, right and center. I was so effective in getting the not-so-subtle message out to family and friends that I very nearly ended up with two iPads on the big day.

The birthday came around and sure enough, four good friends chipped in to make my dream come true. I rushed them through dinner at a favorite restaurant, fervently blew out the candles on the cake, and pulled the iPad out of its gift bag (they hadn’t even bothered to wrap it knowing I was not going to be surprised). I don’t remember the last two hours before I got it home, but I’m sure I wasn’t nearly as interesting or interested in the dinner party as I had been when the guests first arrived.

At home I was struck with how very minimalistic the iPad was. Not only was it extremely sleek and simple, but the packaging and accessories were at a bare minimum. All the pack included was a cable to connect it to the computer, electrical socket and a two page pamphlet stating I needed to download the latest version of iTunes for my iPad to function.

My iPad was ready for use in about 30 minutes. I input my settings information, enabled location services, connected it the wireless network at home and we were good to go!

Synchronization with my files had all my pictures in the “Pictures” application which makes for easy browsing, while my music was on the iPad iPod. I was tickled to find the sound quality surprisingly good. Setting up my work mailbox was also painless (though I’ve regretted it since as I’ve designated my iPad for entertainment only). A quick search through the App Store helped to locate a Twitter application as well as one for Messenger. It was starting to feel more and more like my laptop at that point.

I must say, 4 weeks and nearly 100 apps later, I have not tired from the iPad. Daily discoveries of new apps and features have kept me hooked- but more on all of those later.

Read next: Remember this for your next job interview!