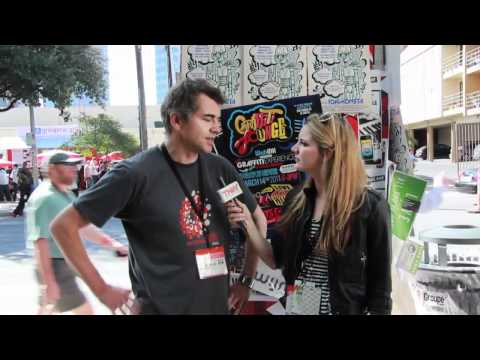 The pirated media industry in the Middle East has been prevalent over anything other for quite some time now, but apparently that day has come to an end. I introduce to you Forga.com (meaning to watch), the region’s new free portal for legal movies, plays, series and more.

The team behind Forga.com is as impressive as the service itself, currently led by London based Nehad Hegazy Marketing Manager for Active Digital Development whose main focus is the well established music portal TuneTribe.com.

Nehad Hegazy known for his work as Marketing Manager of Formula One Driver Jenson Button and World Rally Champion Colin McRae, has more than enough experience to get Forga heading in the right direction, which started with their choice of the domain name over 3eshha.com (meaning live it).

The website which is still in Beta currently provides five major types of streamed media which are Movies, Plays, Series, Trailers, and Videos (music videos) with no clue on how they plan on monetizing or when. But from the looks of the content, they have dished out some serious cash leading to a speculated major investment we plan on updating you on in the near future.

Forga.com does a great job providing access to it’s content via a simple to use interface with some support for sharing on Facebook. It comes in both Arabic and English interfaces with an effective tagging system to categorize shows with.

Upon playing movies you are presented with a group of options one of which is to download which is currently disabled, but is mentioned as one of the websites features, speculation alone is what we’re working with here, but it’s possible such features could be reserved for paying customers in the future.

We have contacted the people behind Forga.com but haven’t been able to reach them, so we did some digging and apparently most of the site development has been done in labs in Egypt, making the startup yet another Egypt based company to attempt to take it’s fair share of this lucrative market.

One of the latest successes in MENA is Shofha.com owned by Cairo based OTVentures the umbrella group for the developing company of Shofha.com, LINKdotNET. The main difference is that Shofha.com charges for streaming content while Forga doesn’t.

If lessons can be learned from the competition, Forga.com will probably be providing content after it’s been removed from cinema’s and paid TV Networks for plays and series.

Up until today the online Arabic movie industry has been practically owned by myegy.com famous for it’s massive collection of pirated material both Regional and International productions in addition to many other categories and forums to support it. Myegy.com is also one of the highest visited websites in the entire region getting about 40million visitors last month alone.

Keep checking out this space, visit their website, or Forga’s Facebook page for more updates but for now give it a try and let us know if you think it can be MENA’s hulu any time soon.

Read next: Amazons offers an iPad with Flash?