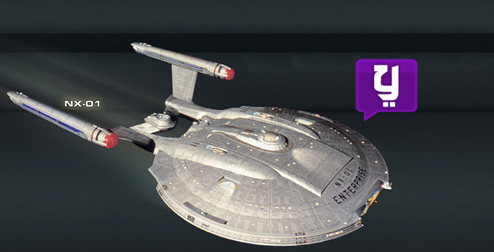 If you’ve ever tried to track down an old friend on Facebook or Google, search for an Arabic restaurant using English characters you have tried a couple of variations before you hit the jackpot. Yamli’s new service cuts those attempts down to only 1, let me tell you how.

The Massachusetts based Yamli originally launched as a Smart Arabic Keyboard for those without an Arabic keyboard who need to search for Arabic terms/phrases, and have been bridging the gap between Arabic content and Arabic speaking individuals in need of transliteration. For a comprehensive comparison on Yamli, Google’s TA3REEB and Microsoft’s Maren (all transliteration tools) check out this outdated but good blog post.

The data and experience they’ve cultivated so far resulted in Yamli introducing a new service targeting Enterprises that provides a solution for the lack of a standardized linguistic transliteration format from Arabic to English and reversed. This service when coupled with their second product: Arabic Search (powered by Google) the potential of generating some very intelligent results in the future becomes exponential.

As for the company’s newest target audience, Enterprises with large amounts of data saved in multilingual formats, this product could be molded into a very powerful tool for cleansing their data and eliminating duplication in databases.

The product also marks a shift in Yamli’s strategy to a more lucrative and focused market, the Enterprise and governmental, or at least one without Google and Microsoft breathing down their necks.

“As a company our strength is and will remain the consumer space and we will continue to serve that space in very interesting and cool ways. We also see that our technologies have a lot of applications in the enterprise space and plan on equally serving that space.” said Habib Haddad on this topic.

We at TNW ME tested the service which is still in alpha testing, and although it’s still a bit rough around the edges, it does provide a decent list of possible combinations for transliterated words.

Yamli’s new tool includes a set of features amongst which are:

Now if you’re not a professional with a background in software development or IT, this won’t mean much, but after you check out this ridiculously funny and explanatory video the team from Yamli put together, things should start making more sense.

All in all, this tool will definitely provide a new domain to explore for Yamli, an additonal revenue stream and hopefully more development to the region’s first Arabic transliteration tool.