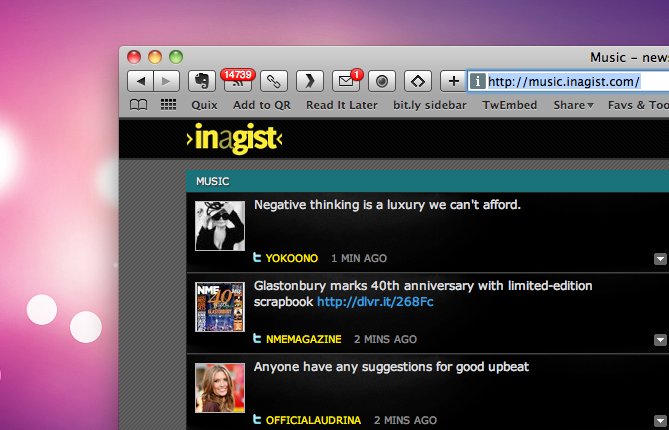 Confession: I have an account on MySpace.com, I’m not proud of it, but back in the day when I was an aspiring artist located in the Middle East targeting a foreign audience I needed a place to get heard. Needless to say things didn’t go well.

I could go on and on explaining the reasons I failed, but what I want to focus on today is the reason so many other artists and musicians haven’t. Talent will be the first thing that comes to mind when considering online sensations like Justin Bieber or Susan Boyle, but getting noticed is the hardest part most artists agree on.

That’s where culturally aware platforms kick in, well at least for artists targeting a specific audience. Such as an Arab singer, whom uses English lyrics to deliver a message that’s only relevant to his fellow members of society.

MySpace realized this issue and adjusted accordingly, providing around 30 flavors of MySpace.com in languages and domains relevant to the audience. In the case of Musicians signing up, this increases their chances of gaining an audience that finds their work more relevant than others.

Sadly when it came to Arab artists, MySpace didn’t provide an Arabized interface, which leaves a void that is being filled as we speak by many, yet the only two that have stood out so far are:

The two websites have setup quite an interesting layout, simple and easy to use, but providing a pretty interface is much more than what a music discovery platform is about.

The success of MySpace in it’s early days was mainly due to the fact it served to help serve the people’s thirst for discovering raw talent represented by independent artists that portrayed their work using the site, and expanding their network of friends with real friends and family in hopes of getting noticed by the larger public and possibly getting a record label deal.

Sadly in the Middle East we have yet to witness artists rising as stars without anything less than a record label and cheesy lyrics to fit the plastic bag their served in. No offense, but if I hear one more song about an Arabic love triangle in lyrics I’ll throw up whatever compassion I have for Arab lyricists.

Disregarding that last rant, there appears to be a market opportunity that has yet to be filled, and these two players are attempting to fill it. With Amman-Jordan based Jeeran, it appears to have the right ingredients for success, that with it’s existing success in creating private forums for users, it looks like their a couple of steps away of becoming an Arabic Ning.

Jeeran Music is attempting to bring to the Arab world what MySpace hasn’t been able to, and that is musicians with a forum. If you’re an Arab you know Forums constitute the majority of traffic in MENA, so Jeeran can’t go wrong there.

Arabic interfaces also make Jeeran’s service a favorite amongst many online listeners who want to find new independent Arab artists without waiting to see them in a wedding or hear about them from a friend.

Another perk of using Jeeran’s service is the musician suggestion feature, which suggests an artist to listen to according to the page you’re currently viewing. It’s obviously not using any sophisticated technology such as the Music Genome Project, but that’s a rant for another day.

As for Manama-Bahrain based MideasTunes the interface looks nice, but it follows almost verbatim the model provided by early MySpace which appears to be simply living on for the sake it’s massive current userbase.

Websites like these and others attempt to expose artists that would otherwise have to depend on record labels such as Rotana to get their work across an Arabic/English Speaking Arab nation spanning from Morocco in North Africa to Iraq and beyond.

We believe the day has come for artists to flock to platforms similar to Jeeran’s, which we hope will improve on the private forum model and use what’s left of the investment placed by Intel Capital in Jeeran back in 2009 wisely.

As for MideasTunes, I personally find the organization supporting the network odd, with political affiliations and grants funding what appears to be most of their work, they could definitely focus more on creating an improved social experience for their users or further integrate it into platforms such as Facebook with applications.

We hope to see more of these services appear in the near future to allow for some quality digital music to start overtaking the bubblegum flavored ‘art’ that’s being promoted by Rotana most of the fiscal year.