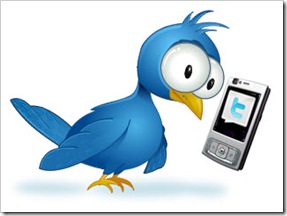 A statement made by Farid Faraidooni, Chief Commercial Officer at du, the UAE’s second largest telecommunication and mobile carrier upon the launch of their new ‘Tweet on-the-go via SMS’ service for UAE customers.

The service comes at a time where Social Media has well established itself within the region, and especially in areas like UAE where carriers and ISPs find an overwhelming demand on better support and integration.

Du customers can start using the service from today by simply sending “start” via text message to short code 8080 to get started. Customers have the option to receive notifications and updates from specific followers by texting “on “, and can follow new friends by sending “follow ” to the same short code.

This might not seem like a big deal to westerners living in the US & UK, with twitter SMS notification natively provided by Twitter itself. The Middle Eastern region however has been promised the activation of the service but has yet to see a full comprehensive coverage including all carriers, especially in some of the region’s most social active countries such as Jordan, KSA and UAE.

Also worth noting this is not the first Social Media embrace by du or others in the region, that with the release of du’s being the first Middle East operator to sign up with Facebook to provide free data access to 0.facebook.com, a lite version of Facebook back in May 2010, which was followed by a similar service provided to KSA citizens by STC (Saudi Telecom) only last week.

Subscribing to the du Twitter SMS service and receiving Tweets is free of charge, and customers will only pay when sending SMS at standard rates. Although when users choose to follow external links, beware, mobile data charges will apply.

Read next: Do Tourists Frighten You? We Can Help.