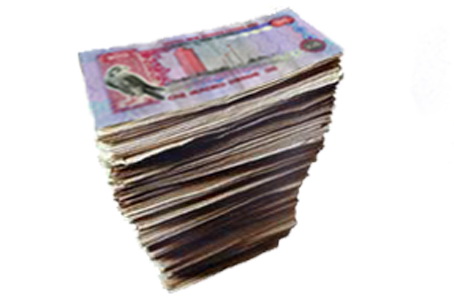 Monaqasat.com, the Abu Dhabi based online platform for the management of tenders in the Middle East, announced that more than Dhs1bn of project tenders have been managed and awarded through the provider’s online platform.

Tenders are requested by governments or government agencies from suppliers for goods or services such as construction, that the government wishes to pay money for.

According to Dubai Municipality, despite the economic crisis, more than 2,500 buildings were completed in 2009, representing a collective value of Dhs24.9bn in tenders, leaving a great amount of future growth for the portal within their current focus which is the UAE, and even more throughout the region.

Launched only a year ago in 2009, the website has witnessed rapid growth in terms of adoption by heavy weight construction firms based in the UAE such as DCE (the engineering branch of ADCB), KEO, ACG, Helal & Partners, Syrconsult, Heberger Engineering and many more.

Additionally the portal has partnered with the Dubai eGoverment ePay to process all transactions using Credit Card, eDirhams and direct bank transfers, giving users a strong sense of security while performing bidding transactions.

The company makes money by providing a number of services to tender Providers and Bidders related to increasing efficiency and cutting costs, in addition to a subscription and percentage fee that depends on the bid itself.

Not entirely alone in the region, similar services that cater to country specific tender markets have proven successful in the region such as Syrian Tenders and Oman Tenders that we expect much more from in the near future.

Read next: The craziest thing i've seen in some time. Underwater base jumping. Mind blowing.