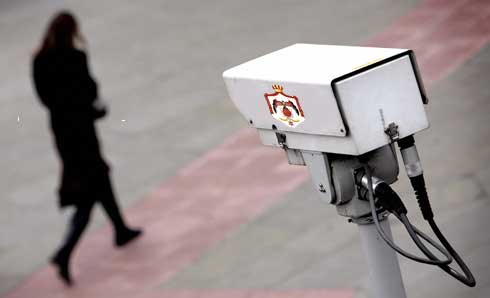 As if the tight leash Jordan has on it’s residents and nationals isn’t enough to keep them in line, they have taken the ridicule up a notch with installing cameras into Internet Cafe’s to ‘prevent access to pornographic & offensive religious content’.

Additionally forcing Internet Cafe admins to install surveillance software on server and client machines to provide all data accessed by clients that will be retained after they access it for at least 6 months. During which they will be systematically collected by Ministry of Interior police to ‘inspect‘ the data.

Now let me break this down in three blocks to explain the severity of this situation, for Internet Cafe Owners:

I personally am not shocked as this has been deployed for over a year in neighboring Syria, only without the surveillance camera touch.

Now some proponents of the idea might say it will decrease the level at which Pornography is accessed in public. Which is just pushing the problem behind closed doors.

Instead the Jordanian government should start putting their public servants to work solving this social illness and understanding what it is and how to prevent it, rather than install surveillance camera’s to track and abuse anyone who accesses their very vague defined ‘Offensive Content’.

Which leads to the question, who is going to draw the line between what’s offensive and what’s not? Good luck to his majesty’s Royal Police on this one, they’ll need it.