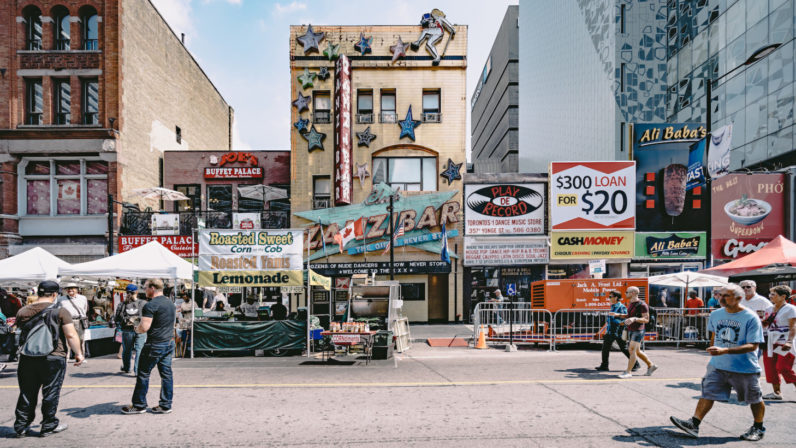 I remember when I started in digital marketing back in 2009. It was amazing that I could change some things on my site and it would rank for specific keywords which would then bring targeted traffic to my site and people would pay me money for things.

Eight years later, the non-tech world is waking up to the power of the internet and digital marketing. As you look across industries, you see that more and more traditional businesses such as brick-and-mortar stores (think dentists), real estate, and restaurants are taking digital seriously.

Some of this new interest by these businesses, in my opinion, is due to the proliferation and normalization of these insanely powerful devices we all carry in our pockets or hands. We still call these “phones”, but in reality they are computers that are way more powerful than the computers used to send people to the moon back in the 1960s.

The year of local digital marketing?

When we have a look at the data, I think it supports that the year of mobile was never a year, but rather a gradual rise into mobile becoming the dominant platform of use for the web.

Here are some stats for you:

SMBs are spending more in 2017

According to this eMarketer post (with data from Thrive Analytics), US small to medium businesses are planning to spend more on advertising, and specifically advertising on mobile, in 2017.

Why? Because more and more people own smartphones.

In the United States alone, according to Comscore, 80 percent of mobile phone users now have a smartphone of some kind. This has been expedited thanks to:

As smartphones proliferate and advertising platforms mature into functional , businesses are shifting their spend from traditional advertising to mobile to take advantage of this trend. Some of the opportunities at their disposal include:

Small local businesses can thrive if they get on the digital marketing train, and if they don’t then the elephant in the room is going to take them out.

Amazon is the elephant in the room during today’s conversations around local businesses and marketing.

According to this article, Amazon’s Prime business has over 80 million subscribers. At $99 per year on the current pricing (though there are some legacy subscribers on a cheaper price and some paying the $10.99 monthly charge which adds up to approximately $130 per year), this business nets Amazon around $8 billion per year in subscription fees alone. This doesn’t even count the money they make from products that Prime members buy!

Amazon is a huge business. In fact, my wife and I buy our shampoo, soap, toilet paper, and dog food from Amazon. Some of this is even on a schedule so that we never run out of whatever product.

So can small or local businesses even compete? My answer is yes, but you have to work at it.

Take local chains in the US like CVS or Walgreens. They’re everywhere in major American cities, and the competition has been fierce. But today, their stores are increasingly empty because of Amazon.

So how do they compete?

How small and local digital advertising could look

Some local businesses, such as car dealerships, will likely never face a real digital competitor. I assume back in the early 2000s they feared that places like eBay or Craigslist may take an increasingly large share, but used car dealerships are still going strong so we can assume these two have not made a meaningful difference.

But just because a business isn’t facing Amazon or Craigslist-level competition or potential extinction doesn’t mean they don’t need to innovate in the digital world to stay relevant.

I have four main areas that every local business needs to look to in order to survive and even thrive in our digital world. Not all of these will work for every business, but they are at minimum good thought experiments and at best new channels through which to grow:

I do not envy the local businesses who are up against stiff online competition, but hopefully this article gives you some ideas for how to remain relevant and continue to thrive in business in the face of increasing competition.

Read next: So you’ve launched a product, now what?