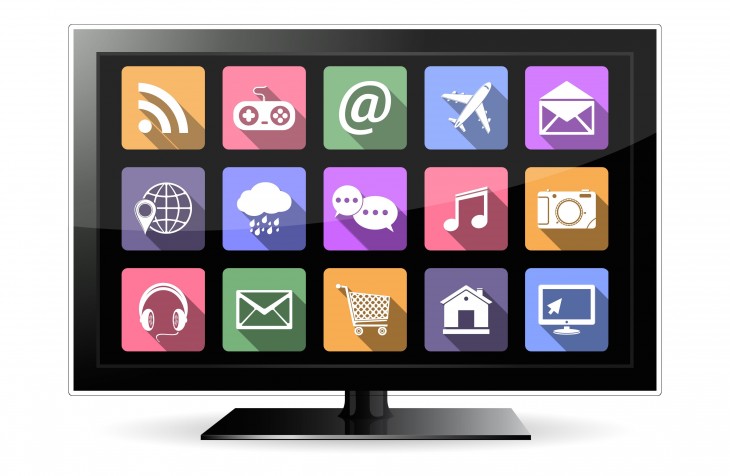 In the relatively recent invention of app advertising, the default for most in the industry is to rely on Facebook and the good ol’ fashioned mobile banner. While this has become an accepted part of hunting for new users, the return on these investments has become increasingly low. In some circles, spending money on Facebook user acquisition is akin to spending cash on click farms.

With news that Facebook is progressively driving up the cost of advertising on the platform – 700 per cent year-on-year, according to The Drum – there has been a quiet, but seismic shift in how app advertisers are now reaching their audiences. One of the biggest of those has been the jump to “old media” to find new audiences.

At the last super bowl, three app companies went big on advertising to bring in users. Other app makers, such as the producers of Monument Valley even plumped for old fashioned product placement, as could be seen in season three of House of Cards. But in this new world of old media, which is best? We teamed up with SimilarWeb to discover what mediums and methods bring the best rewards to app makers.

On February 1st, the general public watched with intense focus to see who had stumped up the big bucks for a slot on the world’s most expensive ad space. Three apps took the plunge. Here, we analyse each in turn.

The app-maker plumped for Liam Neeson to help drive users to the online multiplayer game.

As we can see from SimilarWeb’s analysis, a direct comparison on installs on the week of the Super Bowl and afterwards, reveals a nine percent increase on Android devices. When we take a closer look at daily active users, there was also a small spike of 1.36 percent week over week.

In the Sessions/User case, SimilarWeb’s analysis concluded that users were significantly more engaged and continued to remain so even after the spike in activity post Super Bowl.

Game of War developer Machine Zone went all out with a high production ad starring none other than Kate Upton.

Similar to Clash of Clans, Game of War saw an upturn in installs a week after the Super Bowl. In their case, the number went up 17 percent week over week, but that surge was short lived as the number of active users dropped off quickly.

Perhaps more tellingly the number of daily active users after the big ad push dropped and continued to do so as the app struggled to keep people coming back to play after their initial dalliances.

However, it wasn’t all bad news for Game of War. In the number of sessions per user category, the app saw growth of two percent in the week after the sporting spectacular compared to the week before.

Ucool kept its offering simple by choosing to keep celebs out of its Super Bowl ad, and it seemed to have worked.

The app got a significant 4.11 percent increase in the number of installs following their ad. However, those big gains lead to big losses when it came to daily active users. Heroes Charge took a 30 percent hit in the post Super Bowl period as new users were hesitant to stick around.

But, strangely, of the users who did stick around, the number of sessions per player went up to the tune of 69 per cent, presenting a significant ROI for Ucool.

As we can see from these three app-makers, the results weren’t all positive, and served to magnify the problems of developing a suitably ‘sticky’ experience that keeps traditional smartphone gamers coming back.

However, would they have reached the same number of people and had the same positive results had they stuck to ‘traditional’ ad methods online?

In one of the more surprising turns on the third season of Netflix’s House of Cards, Ustwo, the developers of Monument Valley had prime screen time with the President during one episode, who even quoted the iTunes description of the app directly to a colleague.

Despite Monument Valley not having to compete for the public’s attention with any other apps on the political drama, SimilarWeb’s analysis did not reveal any significant increase in the number of installs on Android as a result.

A number of factors could have been at play with this disappointing result. One is Netflix’s policy of releasing the entire series in one go, meaning the audience is free to choose when to watch the show, instead of the traditional weekly reveal as favoured by the networks. Another indicator of the lack of change might be the app’s price tag of $3.99, which could be considered too high for some users.

However, for those players who had already downloaded the app, there was a significant bump in the daily active user numbers.

There was also a sharp increase in the traffic numbers on the website as people became curious to find out what had captivated Frank Underwood’s attention so keenly.

In the number of sessions per user, there was also a positive change. From the above graph it’s clear to see that the sessions rose to 3.5 per day, compared with the previous peaks of just three. What’s more, even after the season was released on Netflix, users continued to return to the app at an enhanced rate compared to previous ones.

From SimilarWeb’s analysis of the use of traditional advertising mediums and concepts, we can see that there are significant benefits to be had by embracing markets that many consider to be outside their core user base.

However, there are a number of caveats potential advertisers need to be aware of when deciding which part of old media to embrace. With the case of a big sporting or media event like the Super Bowl, the initial traffic boost is likely to be large.

But, with putting all your eggs in one basket, it might be worth looking at something with a more episodic nature to ensure huge peaks in user interaction aren’t immediately followed by deep troughs.

Another aspect to look out for is which demographics are drawn to particular shows. With House of Cards, its audience skews older than those who watch Better Call Saul, which also sits on Netflix. Who are you trying to target?

Another key difference focuses on scheduling. Netflix choose two fundamentally different strategies for House of Cards and Better Call Saul. The former was released as a complete series in one go, whereas the latter has been drip-fed to audiences. It’s worth thinking about the impact that might have on user numbers and whether the upfront cost to advertise is justified.

Read Next: You’re more likely to read this article because the headline contains the word ‘iPhone’