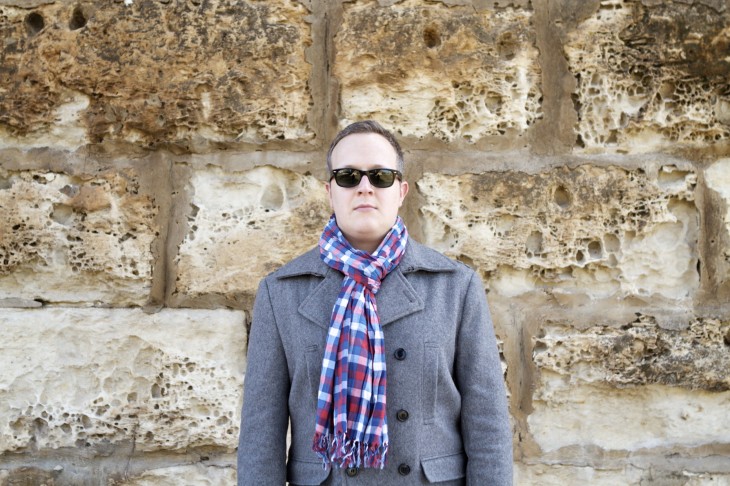 Tim Van Damme’s career has taken him from his early days as a freelance website designer to the present day at Instagram, where he works on the design and UI of the Facebook-owned media-sharing app.

Prior to Instagram he worked at location-sharing startup Gowalla, so he has a wealth of experience of designing personal experiences for people to enjoy on mobile devices.

We caught up with Belgium-raised Van Damme, who is now based in San Francisco, to find out more about his career and his approach to design.

First things first. What do you think about the design decisions that were made for the new look of iOS 7?

I think a lot of people are jumping to a conclusion too fast. It’s the first significant design change to iOS since it launched 6 or 7 years ago. And who knows how much of it will actually ship?

My advice would be to ignore the actual design for a couple of months, and start looking at all the amazing new interactions iOS 7 introduced, they’re far more important and interesting than the design changes.

Second things second. Before diving into specifics, can you tell us what your general design philosophy is? In other words, what does the word ‘design’ mean for you in the first place?

I think of my job the same way someone who makes hammers thinks about his/her job. I’ve never been good at making something overly designed, I always felt more comfortable designing interfaces as if they were tools. You don’t consider tools to be beautiful. You don’t immediately think “Wow this is the most beautiful hammer I’ve ever seen!”. It’s a long-term thing.

I want people to use my interfaces for a long time without even noticing (the interface is) there. After a while they’ll realize just how handy their new hammer is.

Your Twitter bio says you’re responsible for the look and feel of Instagram’s iOS and Android apps. What does that mean concretely, i.e. how do you typically spend your days?

Up until a couple of weeks ago, I was the only designer working on Instagram for Android and iPhone (I did have a design manager helping me balance the workload though). We recently added 2 other designers to that team. What it means is that we are responsible for the design and interactions of both apps.

A typical day depends heavily on the kind of project we’re working on, and which phase of the project we’re currently in, but it mostly starts out with us sitting together for a quick sync on who’s working on what, give feedback, and see where we can help out. Each one of us takes the lead on certain projects, but we all help out where we can.

What are some of the tools you use as a mobile app UI designer with years of experience under his belt?

Slicy is without a doubt my favorite tool. It saves me a huge amount of time every day. I just update some assets in my Photoshop document, hit save, and Slicy will slice everything and put it in the right folders.

Dropbox for syncing all my assets immediately after Slicy is done with them. I don’t have to worry about developers not getting assets, they’re there within seconds.

Skala to preview designs I’m working on on my phone.

LittleSnapper to store all my “inspiration.” (I get inspired by how people solve certain issues, not the way it looks)

The Hit List to keep track of all the things I still need to do.

You’ve made a name for yourself from a young age, designing websites primarily. Now that you’re almost exclusively focused on user interface design for mobile applications, have your methods changed?

The “what” has changed, the “how” has matured. The move away from websites wasn’t really on purpose, it’s just that mobile had such a strong attraction to me. Seeing people interact with it on a way more intimate level fascinated me. My methods change all the time. Every day you learn something new. Every project you ship makes you a better designer. Every mistake you make is worth more than every problem you solve.

Personally I’ve learned how to work with others. I’ve shed my ego somewhere between Gowalla and Instagram (coincidentally that’s when I became a dad for the first time), and never looked back. Design isn’t about how one designer views the world. It’s about a small group of people creating a product that works for a large group of users. I’ve learned to listen, actually listen, to others. Every bit of feedback is valuable.

What is the biggest difference approaching mobile UI design work on iOS vs. Android?

They have different design specs and interaction specs, and that’s about it. Yes, it takes longer to implement something pixel-perfect on Android, but at the end of the day it’s all worth it. There are as many Android users out there as there are iPhone users. You have to treat them both as first-class citizens.

We do however use iOS to prototype new features first. The APIs provided by Apple allow to mock up something quick and dirty.

Anything that frustrates you about designing for a small screen and the constraints it brings with it?

Absolutely nothing. I love constraints, both in hardware and software. They make it a lot easier to make decisions. I tried redesigning one of my personal websites the other day, and realized I completely forgot how to design for web. The screen can resize from a mobile device to a 30” monitor. I’ll take a limited set of screen sizes over designing a website any day.

Could you ever do long-term interface design work and maintenance for an app you don’t use regularly, or worse, don’t even like?

I don’t think so. That’s why I don’t miss working for clients during my freelancing days. I’m insanely grateful to have gotten the opportunity to work on Gowalla, and now Instagram. They’re both apps I’m extremely passionate about. Another big aspect of this is ownership. If you work on something for a long time, you need to feel like you own a large part of it. This will allow you to take up responsibility for the decisions you make.

Ownership and responsibility lead to making the best decisions for the product, and will make you put in extra hours when needed, just so you can ship something you’re proud of.

When you worked for Gowalla, the company was acquired by Facebook. You announced that you wouldn’t be joining the social networking giant, though, accepting a job at tiny-but-growing Instagram instead. Instagram, of course, was later acquired by Facebook as well. Why did you stick around this time around?

Facebook promised the Instagram team would not be split up, and that they weren’t going to shut down Instagram. They kept their promise and I think it shows in everything we ship. Not just that, but the quality of our releases has been going up thanks to all the resources Facebook makes available to us.

It’s a dream situation to be in to be honest. We’re still a small, fast-paced startup, but we’ve got access to all the amazing teams at Facebook.

I don’t miss the constant loneliness a freelancer has to deal with. I was very lucky to rent a desk with some friends, otherwise I would have gone batshit crazy within the first year.

I don’t miss having to take care of all the paperwork, finances, taxes… I don’t miss having to educate most of the clients that come in on why they’re paying me all this money for something that looks so easy. And like I said before, I really like taking ownership in what I do every day – even if that means I messed something up.

At Facebook specifically, to the extent that you can comment on this of course, do you agree with the way the company thinks about design, and the work that’s been done on its website and (other) mobile applications?

Where do you go for general design inspiration (both offline and online)?

Online to get inspiration on how people solve certain projects, offline to see people use the actual product and see what parts of the app confuse them. After a while you stop seeing all the usability issues, or broken flows. Seeing actual (non-tech) people use your app is the biggest motivator to go back and fix things.

What advice would you give to a designer who is just getting started today?

There’s a lot of hard work ahead. Pick a goal, something you’d like to establish within the next 10-15 years. That goal doesn’t need to be a very specific one, and will probably change over the years as you get more experienced, but it will help you get better every day. But it takes time, a lot of time.

Be patient, be humble, and try to learn as much as you can every day. Every experience (good or bad) will teach you a lot about either the work you do, or yourself. Figuring out who you are is the first step in becoming a designer.

Read next: French government looks to ban Amazon from offering discounts and free delivery for books