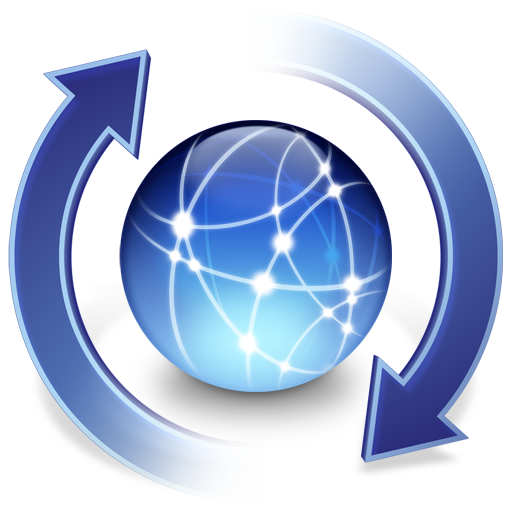 While a number of startups are building or expanding their check-in apps, and while Google continues to openly (get it?) innovate with location services with Android and Google Maps, Apple seems to be quietly – if in fact Apple can do anything quietly – building a next-generation geolocation mobile OS.

As has been widely reported, Apple is already collecting unspecified location data with iOS 4. They are also slowly rolling out iAds, their mobile ad network and delivery system. iOS 4 also of course includes apps running in the background, which means that third-party apps can run continuously if that is what the user wants. That is Apple’s mobile OS today – but either in its next major update (iOS 5?) or even perhaps earlier, Apple looks to be putting the pieces together for a mobile OS that not only will redefine the check-in space, but may redefine how we use mobile devices.

Google had the early edge

Now, before we go any further, we’d like to say that it is entirely possible that Google is also planning to do many of the same things that Apple is, but we have pretty solid evidence from the patents that Apple has applied for (thanks to great Patently Apple), and unlikely Google, Apple controls the hardware too, which is key to building this next-gen OS, so in this article we’re focusing on iOS and the iPhone.

First of all, we’re going on an assumption that Apple is building its own map application/system. They have already purchased Placebase last year and this week Poly9, so they have the foundation to build a Google Maps / Google Earth alternative. If iOS does have its own map built into iOS, everything below will be better, and if it doesn’t, it shouldn’t negatively affect what we’re saying below.

Hardware will be key

In addition to GPS, WiFi and cell-tower positioning and a camera, future generation iPhones will almost certainly contain Near Field Communications (NFC) technology, which will enable the phone to communicate with RFID tags or other NFC capable devices. NFC right now is the main missing hardware ingredient (we’ll mention two smaller ones below).

RFID has long been touted as world-changing, and though the mini-data-storage chips are used, there not as widely used as many predicted earlier in the last decade. Part of the reason for this, however, is that the average person doesn’t really have any way to interact with RFID tags, so they’ve mainly stayed in shipping and logistics and haven’t made it a noticable impact on people’s lives – yet. However, if we were all walking around with NFC-enabled phones we certainly would be able to.

Here’s how the check-in OS will work

Beyond the hardware needs, Apple’s next challenge is less about the software and more about how it will all fit together. Also, Apple will need to hit the ground running with a number of partners to make this system work. So how exactly will the system work? Let’s go for a walk in our neighborhood.

You walk out the door with your iPhone in your pocket.  You stop for a cup of coffee at the corner and just as you’re about to walk in, you iPhone pushes a notification to you. The notification tells you that you’ve just become the top visiting customer at that location (yes, it will check you in automatically) and asks you if you would like to share that info with your friends. If you hit yes, it sends you to an input screen and you share on Twitter, Facebook, wherever.

Share or not, something will happen to your iPhone:  an auto-generated temporary menu (see above, with promotions/specials baked in) will appear as an app icon on your screen. As you’re waiting in line for your coffee, you browse the temporary app. You see that vanilla lattes are $0.50 off. You place the order in the app, and when you get to the counter, all you have to do is pass your iPhone near the cafe’s NFC device (iPad?) and the entire transaction will be taken care of with Apple’s new Transaction system. You get your coffee, thank them, turn around and continue your walk.

As you stroll down the street your iPhone is constantly tracking where you are, and – based on past purchasing and auto-checking in behavior, as well as telling your iPhone directly what you’d like to hear about – your phone buzzes in your pocket and sends push notifications right to you. Of course, if you prefer, you can walk down the street holding your iPhone and looking through the augmented reality viewfinder, which will give you even better info than the push notifications.

Another advantage of keeping your phone out, is that you’ll be able to scan barcodes prominently stickered on windows for those phone users that don’t like offers pushed to them, no matter how relevant those offers are. You stop at an interesting store that has either pushed you an offer, you’ve scanned the barcode, or you just like the look of it. You walk in.

As soon as you step through the door, another temporary iPhone app will pop up on your screen. This time, not only will the app allow you purchase anything in the store, it will also – depending on the size of the store – provide a map of the interior. Walk up to an item and either scan the barcode (either with your camera or a dedicated scanner on the back of the iPhone, see the next image) or detect the RFID tag and you’ll be able to learn more about the item, comparison shop online, etc.

Again, if you like what you see, simply hit purchase on your iPhone (you’ll get an electronic receipt), grab the item and walk out the door (this part is a little futuristic, think about it – the security tag on the item could be disabled by a special purchase code sent through the store’s NFC pay stations once you purchase it with your iPhone).

On thing we should point out here is that other hardware improvement that we mentioned above: phone security. Apple has submitted a patent for a special case for the iPhone that syncs with an individual’s heart rate, locking the iPhone if that person isn’t holding it, an added layer of security that some might find welcome if their iPhone turns into their defacto credit card.

Ok, enough walking. There are of course many other scenarios and they don’t all involve shopping. We could talk about connecting with friends based on location (with a quick chat on Facetime), social games, endless possibilities with iAds (take a look at the “tourist” use below) and a number of other applications, but enabling by turning the iPhone and other iOS devices into an auto-checking in and simplified payment system is most likely Apple’s first goal with all of this. Payments are a huge market that Apple has tremendous experience at from iTunes – this is just bringing iTunes out onto the street. Brave new world? Maybe, but if Apple can beat out Google to create the first seamless check-in OS, they could own location.

Big thanks to Patently Apple for all of the images.

Read next: Steve Jobs: "iPhone 4 problems? Give me a call!"