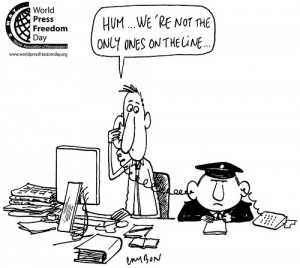 I don’t know what to think about Facebook‘s non-announcement regarding their geolocation plans today at F8.

“Facebook plans to take the wraps off of a new location-based feature in late April at f8, the company’s yearly developer conference, according to several people briefed on the project, who spoke on condition of anonymity because they were not authorized to discuss unannounced services.”

Here is my take.

They haven’t taken the wraps off of anything.

Whatever it is that they have planned around social location, it’s still out there – perhaps it involved a third party agreement or acquisition that couldn’t get finalized in time, or perhaps they couldn’t get it through legal fast enough to launch for F8.

I expect one or more of the following to happen sooner rather than later:

I don’t expect them to unveil their own social location game – when they enter this space, I expect it to be either at the very basic utility level with the aim of allowing developers to build on top and feed into it, via a relationship with an existing player like Foursquare, or via an acquisition.

While I’m disappointed to still be in the dark as to Facebook’s plans around geo, it’s a relief that they didn’t rush something out the door.  A Google Buzz like privacy bungling by a company as influential as Facebook could do long term damage to the whole space.