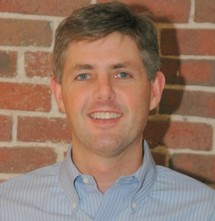 In our final interview from last week’s Where 2.0 Conference, we had a chance to sit down with Skyhook Wireless CEO Ted Morgan, who gave one of the best keynotes of the entire conference (including one of the best lines: “Dennis Crowley and Josh Williams were walking on water in Austin” referring to the frenzy around Foursquare and Gowalla at SXSW last month).

Although they’ve kept a relatively low profile over the years, Skyhook Wireless is one of the most important infrastructure services in the world for mobile and location based apps – their services are used to pinpoint mobile devices using WiFi hotspots, cell tower triangulation and other methods to track where a device is located. They recently released a new service called SpotRank, which provides real-time heat maps of popular locations.

Morgan talked to TNW Location about SpotRank, their partnership with SimpleGeo, smartphone growth, their competition, the “war for the Internet”, check-in services, privacy, Facebook, Twitter and of course, the iPad. Full interview after the break.

TNW Location: Talk about your partnership with SimpleGeo. SpotRank is only available through SimpleGeo right now, and as we reported, SimpleGeo’s CEO Matt Galligan is excited to be working with SpotRank.

Morgan: We’ve spent the past year researching what this [the SpotRank] underlying data means, what it can be used for, what areas of the market it can be thrown into, who would pay for it. We realized that we were spending a lot of time on that.

So we thought, “let’s have these app developers try it”. We wanted an easy way to give developers access [to SpotRank] without having to deal with multiple APIs. SimpleGeo is just ramping up with location data, so it seemed like a good fit. They’ve got great infrastructure for dealing with a lot of data. So Skyhook can get SpotRank out faster through SimpleGeo, instead of having to build duplicate infrastructure. We want to start learning. We want to see what thousands of developers do with SpotRank.

TNW Location: Do you think that the kind of ranking that SpotRank does – and going beyond that, just location check-in popularity in general – may become more important than ratings of a place, such as a restaurant?

Morgan: Well, I think that that implies that popularity equals something better. I think that there are people that are trying to find the least popular place, depending on their preference. I think that what the check-in services do, is put words and people on top of activity that we’re [Skyhook] seeing. So we can tell that there is a lot of activity of people on a street corner, but we don’t know what’s going on there. [If there are multiple bars on the street corner] we don’t know which of those bars people are walking into, until we combine the data. Check-in services have a small subset – Skyhook is tracking 90-100 million devices, check-in services have a couple hundred thousand.

We have this concept of what we call the “social compass”. Which means that Skyhook can tell how active the spot around where a user is right now, but we can also tell a user that it’s actually really exciting two blocks down the street, or that it will be in the next two hours.

Smartphones & The War for the Internet

TNW Location: Compared to today, in say five years when smartphones are much more common, it seems that Skyhook will have enormous data sets.

Morgan: Well, part of it is that we’re seeing the definition of smartphones start to go away. As we work with [cell phone] manufacturers, we see plans a year or two out, and they are driving [current smartphone functionality] into the mid-range mass market phones. So it’s not just going to be the tech-elite that have [phones that have current smartphone features]. It won’t be say 80 million smartphones out of a billion cell phones – it will be half [i.e. 500 million smartphones]. We can’t even comprehend what the data is going to look like.

TNW Location: Right now, what is Skyhook’s competition like?

Morgan: On the one hand, we’ve found a really great spot and we have a unique position. On the other hand, we’re not the only ones that have recognized that what we provide is important. We have the biggest companies in the world coming after us. Google, Microsoft, Nokia – they’re all trying to do what we do, because they know that whoever controls all of this location data is going [to have a huge advantage].

TNW Location: We’ve seen a lot of these big players in the mobile space using patents to protect themselves (for instance, Apple suing HTC over multitouch). Is Skyhook well protected patent-wise?

Morgan: Yes we are. We have about a dozen granted patents already on all the techniques we use, and another forty [patents] in process. So the advantage to going somewhere first is that you patent everything that you try, so all the techniques for doing this [collecting wireless hotspots, cell towers, etc] we’ve covered.

The biggest tech fight in history is playing out right now between Google and Apple about who owns the Internet. Mobile is a huge part of the Internet, and they are sparing no expense – and Microsoft and Nokia want to be a part of that fight. We’ve never seen anything like this. The major players are spending incredible amounts of money to own platform-level services. Right now, Skyhook is the only location platform across all manufacturers and devices. We have this intellectual property protection, we’ve been doing this for awhile – so we’re in a great spot, but we’re also a target.

TNW Location: Let’s shift over to the consumer side of things. Do you think we’ve reached the tipping point where location services are being accepted by the mainstream or is privacy still too big of an issue?

Morgan: Yes, I think that it’s tapped into the first non-tech segment. I think that privacy concerns are always going to be out there, but I think check-in services have gotten users [to understand] why they might want to share their location. Other services have been around for awhile, but users haven’t been that excited about them. No all of a sudden, people are bragging about where they are going [through check-in services].

That said, everyone is trying to be careful to avoid an awful privacy situation. This is happening at the device level, the manufacturer level, the service level and the infrastructure level like ours. We are overly paranoid about privacy. You can’t track people using Skyhook – we don’t allow it. However, the problem is that at the app layer, these small app developers may have never heard of certain regulations and they have nothing to lose, and they might not even think that someone can hack into their server. That’s the part that someone has to come out and say, “hey guys, if you’re going to be building an app around location, here’s some things to think about.”

TNW Location: Let’s talk about Facebook’s upcoming location announcement at f8 – what do you think they’ll do?

Morgan: I think that mobile is not fundamentally in Facebook’s DNA. Facebook is the Internet for a massive part of the Internet. That said, Facebook’s mobile group had only two people in it for a very long time, even though the Facebook mobile app was a very popular app. Then all of a sudden Foursquare and Twitter [focusing on location] come around, and Facebook is struggling to [adapt to location]. They do worry about privacy, but on the other hand they already have many users already using location, but they have to use another app [i.e. not Facebook] to do so.

Even Twitter has been slow [to come around to location]. Just so you know, the person that runs Twitter’s location services, came from Skyhook. Ryan Sarver [now at Twitter] was the web evangelist for Skyhook, and got to know Twitter because [when he was at Skyhook] we were pushing Twitter to get involved in location. So one of the reasons Twitter hired Ryan was because he knows location – and Twitter is no on a much faster path [toward more location services].

TNW Location: Finally, what’s your take on the iPad?

Morgan: Well for us, we work with manufacturers across the board, and many of them are coming out with tablets soon. From our point of view, we believe that every mobile device should be location enabled – which includes digital camera, gaming devices, etc. So for us, tablets are just another form factor.

[Editors note: Morgan also demoed at Where 2.0 a new iPhone app that Skyhook Wireless is set to release this month. We will cover the app when it goes live.]