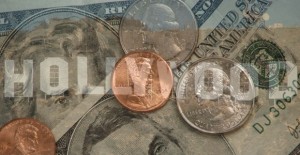 I just sat in on a fascinating panel here at SXSW in which Dennis Crowley gave us quite a glimpse of how he views his surging company, Foursquare, and where he would like to lead it.

In particular I was struck by Crowley’s emphasis on Foursquare as a social experiment – he seems determined to use the game dynamics as tools, first and foremost, to improve the quality of people’s lives.  He wants people to go out and explore – try new restaurants, explore new bars, and travel to new cities.  In Crowley’s vision, the aggregate of all of these individuals being pushed to get out there and explore will be a “smarter city guide.”

Here are some other tidbits:

Foursquare spent a lot of time exploring mobile ad networks and traditional display ads, but it “just didn’t feel right.”  They are very excited about their small business dashboard, which allows merchants to see exactly how many people have checked in at their business, and do neat things like correlate check-ins to promotions.  It’s offline conversion measurement.

On the big brand side, Crowley spoke quite a bit about Foursquare’s deals with big brands like The New York Times and Bravo where branded badges and content are tied to specific, relevant check in achievements.  He noted that the big brands always wanted badges to be unlocked for every little check-in, while he felt really strongly that badges should reflect a more significant achievement – like dining at the top ten restaurants in a city.

Foursquare’s big breakthrough with brands came when they stopped doing one off deals, and started offering a “menu” of ways that brands could work with Foursquare.  Crowley spoke quite a bit about this menu approach and the impact it has had on their business.

On the Foursquare API

There are no restrictions.  Foursquare lets third parties do anything they want with the API.  IF people want to create a Foursquare competitor, they give them the tools to do so.

This is a challenge for Foursquare.  Currently, they don’t collect age and gender.  But to advertise to alcohol companies, they need to confirm age.  Plus demographics is something advertisers always ask for.  Crowley suggested that we may see demographics added to signup very soon.

This is apparently a very frequent request, according to Crowley.  For example, he spoke about an airline that just wanted to slap it’s brand on the Foursquare experience.  Foursquare wants to preserve the brand and user experience, and keep things from getting too commercialized, so they have resisted these requests.  Instead, they steer these people to the API.

Crowley cited 560K users, and said they noticed a significant inflection point at about 300K users.  They are flattered and honored by all the ongoing press and buzz they receive (note: you should have seen the crowd of people trying to talk to Crowley after the panel.)

An audience member asked if there were any plans to create a premium version.  Crowley said no, that the name of the game is growth right now, and free supports this better than paid.  He went on to say that he felt great urgency in getting to scale before everybody else starts offering check-ins, because he “wants people to use Foursquare to check in.”

Crowley spent a lot of time on the concept of “Beyond the Badge.”  According to him, everybody wants to work with Foursquare via badges.  They want to create their own.  Brands want to associate their own badges with everything.  People want badges for their car, or for their brother’s bday party, or for themself, so people can check in to them.

Crowley feels strongly the badges shouldn’t be super easy, but should reflect some notable achievement.  He also talked about “progress bars” which reflect larger achievements than a simple check-in.  He also seemed very conscious of not letting brands drop their badges all over the experience – for example, with the Bravo badges, you have to friend the Bravo account before you see them.

On User Evangelism to Merchants

All of Foursquare’s 1500 local business clients were inbound leads – they don’t do much outbound stuff.  The process goes something like this, according to Crowley: annoying Foursquare superusers present their phones to a baffled local merchant showing them that they are the “mayor.”  If this happens enough times, the business wants to get involved with Foursquare.

This is Crowley’s “favorite question ever!”  He thinks the explicit nature of a Foursquare check-in blows up much of the privacy concerns.  There is no danger of accidentally leaving Foursquare on, for example.  He also noted that Foursquare is very careful to give you a choice every time you check in about which services you are sharing with.  They work very hard to minimize user error around privacy.

This was an awesome panel, and I feel like we got a rare glimpse into the psyche of a red hot company.  Foursquare seems most focused on 1) growth; 2) Reinventing couponing via their local merchant dashboard; 3) keeping their API as open as possible.  Brand deals seem like an afterthought in support of priority 1.

But underneath it all was this sense that Crowley is a purist when it comes to his app making the world a better place, and helping people live fuller and richer lives.