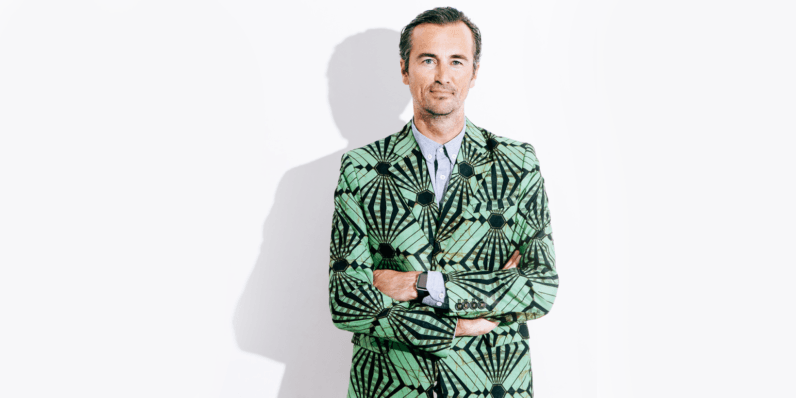 We’re no stranger to awards at The Next Web. When we won ‘Best European Conference’ in 2016, it was a culmination of hard work, a great team, and vision that lifted TNW Europe beyond the ho-hum meet-up of the typical tech get-together. It was a team effort, and the reward reflected the hard work that goes on behind the scenes at TNW every day.

Our next award came from our CEO’s ability to put on pants.

House of Einstein, a Dutch company that wants to dress you in stylish menswear, picked Boris as its first annual Best Dressed Entrepreneur in Amsterdam. Of 50 stellar candidates — one of whom wears nothing but jeans and t-shirts — the company decided Boris was at least marginally better than everyone else at dressing himself.

If you know Boris, you’ll know that he’s famous for his quirky suits. Perhaps even more, he’s known for the confidence it takes to wear them. If you haven’t been fortunate enough to see one, it’s the perfect marriage of what your favorite Bond villain would look like if performing in a Vaudeville show from the 1920s. It’s bold, brash, and unapologetic — a mashup of great tailoring and pattern choices made by the certifiably insane. It’s Boris.

If I attempted to shove my chubby ass into a plaid suit, it’d look less like “fashion” and more like I was trying to camouflage myself among a group of hipsters in the Pacific Northwest. Boris though, somehow pulls it off in a way only he can.

How? Well, I guess it doesn’t hurt to start early.

As a kid my parents were hippies and my mother made my own clothes. I wanted to be a businessman (and rich) so I started wearing suits when I was 10 or so. That made me aware of the effect of wearing a suit earlier. When I sold my first company I invested in a tailor-made suit. I liked that a lot so every now and then I’ll dress up and wear a suit I like — usually when I’m on stage somewhere.

While suits might be what he’s best known for, it’s not uncommon to see Boris in the office in a jogging suit, or a more casual combination of chinos and a polo shirt. No matter what he wears, the committee seems to love it, saying he even looks “hip and stylish” in casual clothing. He’s TNW’s it girl, err guy, and the fact that he won just proves that sometimes wearing clothes is enough.

Read next: Watch Zuckerberg's Jarvis AI make him toast and shoot him a shirt