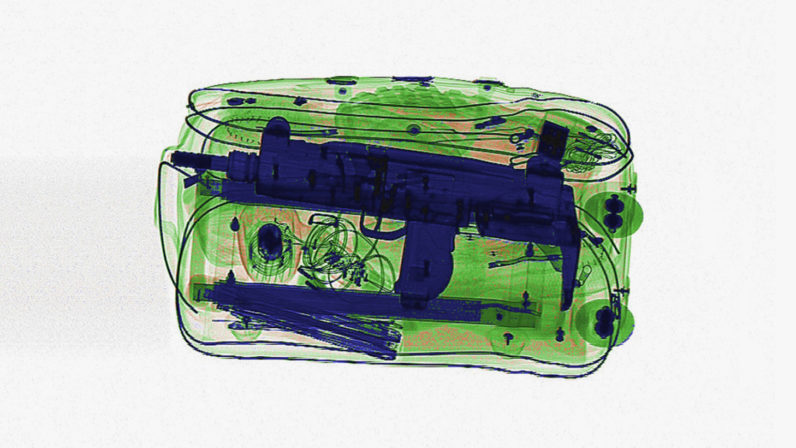 Going through airport security is never fun, but soon it’ll be a little less stressful.

Amsterdam Airport Schiphol, one of the world’s largest airports, has started testing new scanners for hand luggage that don’t require you to take out large electronic devices and liquids. While today you still have to put your laptop and perfume in a separate basket, the new technology can identify them from within the bag.

The new ClearScan devices give security personnel a 360-view of content instead of the common top-down X-ray view. This allows them to look at the luggage from all sides, resulting in a more precise view of the passenger’s belongings.

You still have to place any liquids in a resealable plastic bag, but it doesn’t have to removed from the luggage anymore.

For US flyers, the TSA’s rules on laptops are pretty vague, but according to the organization bigger electronic devices have to be removed if they’re not in a TSA-approved laptop bag. However, sometimes you’ll still need to remove them if there’s a reason for a follow-up check.

If they end up being used in American airports, the new scanners would give TSA personnel a better look at what you’re carrying without wasting time unpacking at security. Hopefully pat downs are the next thing to be nixed.

Test at Amsterdam Airport Schiphol: liquids and laptops stay in the bag on Schiphol