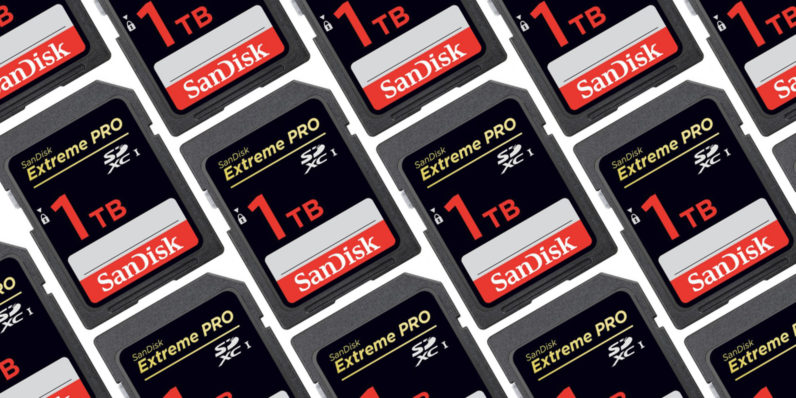 SanDisk today announced the world’s biggest SD card, which they claim is the first to pack 1 terabyte of storage.

If you work with 4K or even higher quality video, you’ll be happy to hear there’s now an even better option than the company’s current best offering — their already enormous 512 GB SD card.

The proudct currently still only exists as a prototype, but will probably be released soon. There’s no pricing information available yet, but if the $345 cost of the 512 GB card is taken into account, it won’t exactly come cheap.

Meanwhile, I’m writing this on a laptop with a puny 128 GB SSD and realizing that life is unfair.

Read next: Tinder and Spotify want to spare you the shame of boning a country music fan