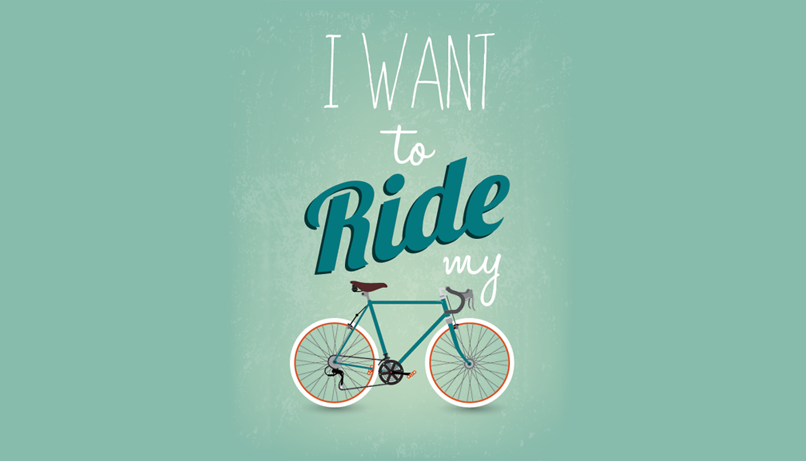 The bicycle is a glorious piece of transportation technology.

Two wheels and a path – and hopefully a helmet – is all it takes to get from point A to B. Biking is empowering, cost effective and a healthy way to hack your commute. While the number of bicyclists is small, it’s also significant. U.S. cyclists account for fewer than one percent of the nation’s commuters, but as of 2013, there’s been a 46 percent increase in the number of people commuting by bike since 2005. And more and more countries in Europe and Asia are looking to countries like The Netherlands where 27 percent of all trips and 25 percent of trips to work are by bike.

With an increasing number of bike lanes being printed on major roadways (even superhighways!) and great support communities of bicycle collectives, there’s never been a better time to invest in a bicycle. But why just buy any bicycle – an electric bicycle has the convenience of a car and the traditional workings of a bicycle converged in a hallowed hybrid.

The e-bike segment has seen significant growth, both in consumer spending and distance traveled. According to BOVAG, the increase in spending and in kilometers can partly be attributed to the popularity of e-bikes. Electric bicycles make it possible for more people to cover greater distances. Over the past decade, the sales share of e-bikes has increased from 3 percent to 22 percent.

Today’s e-bike models like the Mando Footloose are melding sophisticated style and design with technically advanced functionality. The difference-making design from the South Korea-based leading automotive parts company features no mechanical connection between the rear wheel and the cranks (pedals).

Instead an alternator turns a cyclist’s pedal power into power generators as the churns of the pedals transform directly into electricity. This electricity is stored within a lithium-ion battery and then utilized to power the 250-watt motor connected to the rear wheel.

In short: human energy powers the motor of the e-bike, not just the rear wheel like in a regular bicycle.

An e-bike is smart technology and an even smarter investment when you consider the following points:

There is perhaps nothing more agitating than a Monday morning met with sweaty bodies packed like sardines into a subway. Unless it’s being late for a conference call because all the city bus drivers decided to go on strike. Or maybe it’s all the times you went to catch the train but your transit card was empty.

With an electric bike you take back control of your commute and your life — fresh air, open road and no unexpected hassles. No exposure to high levels of body odor or suspiciously stained seats.

Door to door in a dash

Without having to budget train delays or traffic jams, thanks to an easy, breezy commute by electric cycle, you can cut down on your commute time. That means more time for a sunrise yoga class or time to drink coffee before hitting the daily grind. But, how does an e-bike out perform a regular bike to get you to the office in less time?

By itself the Mando Footloose IM motor can propel the bike 18 miles (30 kilometers) on a single charge, add in good old pedal power and the range increases to 37 miles (60 kilometers); top speeds reach 16 mph. The third generation of the bike, unveiled at EuroBike 2015, with larger 26” wheels increases the range of travel by 60 percent up to 56 miles. (Expected availability of this larger model is the summer of 2016.)

With an e-bike less exerted force is necessary to get to where you want to go. Hills become a breeze and distances are much more manageable. Less strain, especially on those hot summer days, equals less sweat. Forget the change of clothes and toiletry kit you used to bring to work. It’s time to put away the Lycra shorts and show up to work like the boss you are.

The chainless design of the Mando Footloose means there’s no chance of grease rubbing on pant legs during the ride which cuts out dry cleaning costs and the price of new pants. Plus, this chainless e-cycle removes the risk of a slipping or rusty chain that can result in crashes.

Mark Sanders is the British designer behind Mando Footloose and his philosophy of clean design with powerful tech ‘hidden inside’ translates beautiful to the ergonomically-friendly, easy-on-the-eyes design. Seamlessly fusing elements of science and art, Sanders was keen to cut exposure to cables by tucking them safely inside the minimalist frame.

According to Mando Footloose’s website, the organic form of the aluminum frame for the first generation model is based on the wing bone of a seagull. A bike built like a bird? No wonder it feels like flying up and down those hills.

The bicycle is a two-wheeled, two-fold invention of genius – you have the convenience of getting around without a car (and all the costs that come with that) and exercise by the very act of pedaling forward. With less effort exerted you should be able to ride for a longer distance. One hour of cycling moderately on an electric bicycle burns roughly 300-350 calories. The e-bike is the perfect daily addition to a healthy lifestyle routine.

Sense for a few cents

It’s easy to push to the back of your mind all of the added hidden costs that come with owning a car. The lot price is just the start of it – then comes parking, repairs, new tires and oil changes. Not to mention speeding and parking tickets. That’s all on top of the regular cost of gas; the average cost of gas per gallon in Q2 of 2015 in the U.K. was €6.32 ($6.91) and in Norway (the priciest country for gas) a gallon averages €7.05 ($7.71). South Korea, comparatively, averages €4.92 ($5.38) per gallon, but when the average daily income is $78 that’s a huge chunk of change.

With an e-bike the only hidden cost is just a few cents of electricity to recharge the battery.

Get your gadget fix

We all get that gadget urge. The one that tells us we need to play with — or better yet own — the newest Apple product, or hot little handheld, or rad wearable tech. Consider your fix cured by the human machine interface (HMI) on the Mando Footloose.

At 2.4”, the small color LCD screen is the brains of the e-bike. Its function extends to a wide variety of controls over the bike like speed, distance, gear changes, calories burned, and battery life. It also allows cyclists to choose between different levels of pedaling assistance; acceleration and pedal feeling can be changed between three different levels.

With the Mando Footloose IM, simply by pedaling you are constantly generating electricity. But, if you do want to ensure the battery is fully charged for your commute home or overnight to be ready for the following morning, the 36 volt, 8.2 Ah battery can be removed from the front frame and recharged in your home or office.

Built into the powerful Mando Footloose IM battery is the Battery Management System (BMS). This keeps watch over the condition of the battery and notifies the cyclist immediately of any breakdowns or failures through the engine control unit (ECU) on the HMI.

Do your part to save Mother Earth

Riding a bike, while a small change, can leave a lasting impact on the environment. In the U.S. approximately 50 percent of all Americans live within five miles of their workplace. People who bike those miles instead of driving a car can reduce total household emissions by six percent. Copenhagen, one of the world’s most bike friendly cities, saves 90,000 tons of CO2 emissions a year by the large number of cyclists who regularly choose two wheels over four.

Then there are the elements that go into creating an e-cycle in comparison to a car such as fewer metals and materials needed for production. Also, anytime you opt to ride in the bike lane as opposed to behind the wheel, you aid in cutting down on emissions and congestion. Each car we can cut down on as a humanity, the better for the Earth as a single gasoline-powered vehicle produces 1.3 billion cubic yards of air pollutions and adds 40 pounds of tire, brake and worn road debris into the atmosphere.

Mando Footloose’s HMI operates as a key to the e-bike. When the Mando Footloose IM’s HMI is detached from the handlebars the bike is securely locked and simply will not work until the HMI is reattached. For double the safety, the HMI has a serial key matching feature to further prevent theft from happening and succeeding.

For city dwellers there’s never enough space, and storage doesn’t come cheap. Unlike a regular bicycle or a motorcycle the first generation Mando Footloose folds up easily. A pull of a lever allows the e-bike to collapse and then be easily rolled about for safekeeping into your home or office without being large and cumbersome. Plus, with this feature you’ll say bye bye to the prospect of streetside bike thieves—who needs a bike rack when the bike can come with you!

What are you waiting for? The time is now to upgrade your life and ride into your future of health and an active lifestyle, made more convenient by incredible electric bicycles, like the Mando Footloose.

Read next: Ford’s prototype electric bikes will warn you before you get hit by a car

This post was brought to you by Mando Footloose, a synthesis of innovation, design and technology.