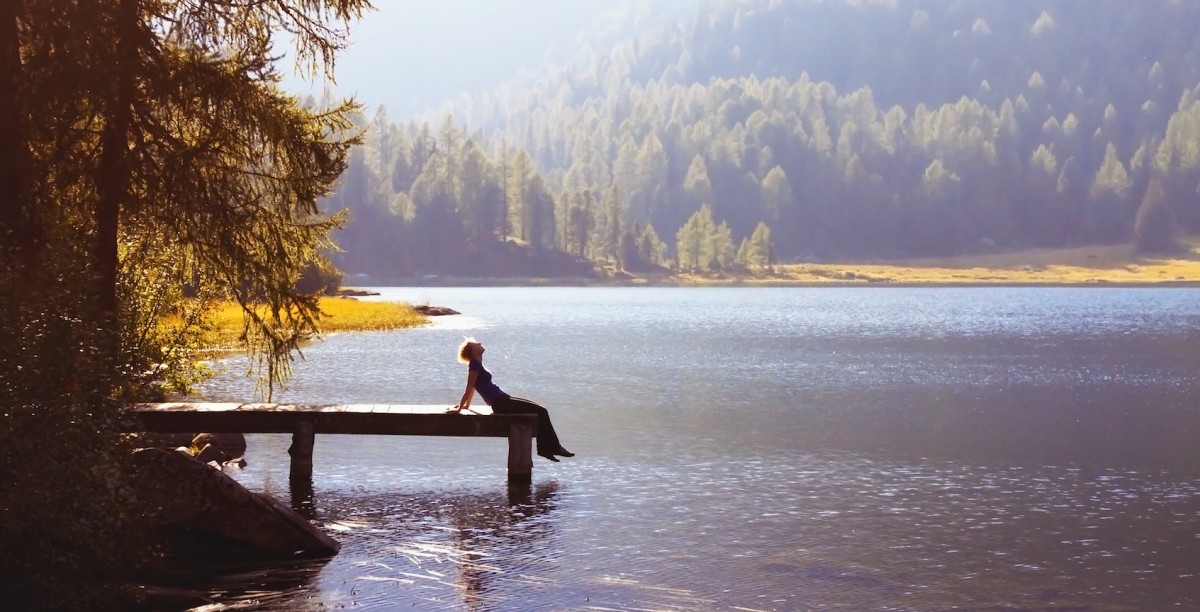 Recently Joel and I were talking about the new Jawbone UP3. I had just gotten one for free as part of Buffer’s perks program, and I complained that I found the closing buckle a bit fiddly and let off some steam about how I struggled to charge it.

At the end I remember saying something like “Oh, but it’s cool that I know my resting heart rate now, though.”

It’s kind of ironic how much I focused on the small challenges and gave the benefit of tracking my health much more intelligently a side comment. Especially since I got the tracker for free.

As part of the Buffer culture, a response like mine is precisely the kind of behavior we try to avoid.

Our “no complaining” rule springs from our focus on positivity and is one of our most strongly held values.

Here is how we’ve defined this part of our culture as one of our 10 core values:

A focus on not complaining creates a happier and more positive environment. This leads to everyone being a bit more fulfilled with every day of their lives, not needing to or being tempted to engage in negative discussion around any given topic.

The best description I’ve found of how this manifests itself is from Rich Pierson, the co-founder of the meditation app Headspace:

“Say you slam a door in someone’s face. Maybe you’re not even conscious of it. And that ruins their morning, and they go on into their office and shout at somebody. That’s a tiny moment, but it ripples out. People say, ‘How are you going to improve the health and happiness of the world?’ Well, if you’ve got millions of people being more mindful of tiny moments like that in their day, yeah: The world will look slightly different.”

This quote in a nutshell explains why we are trying our best to avoid complaining as much as we can.

And yet, this value is still aspirational. There are occasions, like in the example above, where we don’t quite live up to that value of ours. It takes a lot of effort and self-discipline to work toward living by it, but the rewards are amazing.

Hiring and firing with our “no complaining” value

Looking out for patterns of complaining in potential candidates is a key part of our hiring process. It has also has been a reason we’ve let people go in the past.

When I tell people that we routinely don’t hire people after we see a number of negative Tweets, or hear extensive complaining about, say, the hot or cold weather at the start of an interview, they are baffled.

To many, it doesn’t make sense that we would turn someone away who has worked at Google or Facebook, or someone who is clearly skilled, for something that appears so minuscule.

But we believe that our “no complaining” policy stands for a much bigger element of who we are at Buffer.

Originally, this tenet sprung from Dale Carnegie’s How to Win Friends and Influence People:

“Any fool can criticize, condemn, and complain, but it takes character and self-control to be understanding and forgiving.”

I’ve found that complaining is one of the easiest things we can do as a response to a given situation. Here are the three most common topics I’ve seen people, including myself, complain about:

Complaining about these three things—and I’m sure you can think of many other examples—is so easy because there is no accountability involved.

Comcast and United Airlines are so big, it’s easy to just think of them as a logo and bash them, since we don’t necessarily associate those brands with the people that make up these companies. I’ve done this many times in the past.

And yet, these “easy” examples are often the ones that the most thoughtful people, and those whom we believe have the best chance of being a great culture fit at Buffer, have learned to (largely) avoid.

Walking a fine line: Complaining vs. speaking up

There’s a specific question I like to ask when interviewing potential Buffer team members: “What concerns you about the Buffer culture?”

When I asked a recent candidate (now, soon-to-be team member!) that question, he said he was a little worried about our “no complaining” value. He wondered “Does that mean it’s not good to speak up about issues or problems?”

I thought that was a fascinating observation, and it is a topic where we have struggled to bring more clarity. Eckhart Tolle has a terrific exploration of complaining versus speaking up in the Power of Now:

“Complaining is not to be confused with informing someone of a mistake or deficiency so that it can be put right, and to refrain from complaining doesn’t necessarily mean putting up with bad quality or behavior. There’s no ego in telling the waiter that your soup is cold and needs to be heated up, if you stick to the facts, which are always neutral. “How dare you serve me cold soup!” – that’s complaining. There’s a “me” here that loves to feel personally offended by the cold soup and is going to make the most of it. A “me” that enjoys making someone wrong. The complaining we are talking about is in the service of the ego, not of change.”

When Joel pointed me towards the above quote, he also added another very important distinction:

“I think this line is incredibly difficult to walk. I think in a way, when we look for the ‘pattern’ of Tweets from candidates, we are also looking for the intention of their complaining (in service of ego, or in service of change).”

Joel went on to explain:

“I think if any candidate was to be in a situation where they complain and then catch it, share and reflect on it, we would feel they would be a very good fit. In that sense, perhaps all of us in the team regularly discussing this aspect of the positivity value could be very useful.”

As a key learning on the “no complaining” part of our culture, we have realized that it’s important to be mindful of this fine line that’s often difficult to walk, and to also allow for some slack.

As humans, we make mistakes, and as I explained in the opening of this post, I’m far away from not complaining at all.

As a result, we’ve tweaked our hiring process a a bit. Instead of rebuking all examples of complaining, we try to look instead for patterns and intent, and give one-off examples less weight in our screening process.

I’ve struggled with writing about this for some time, as it’s something that can come off as potentially “weird” about Buffer’s culture.

And yet I feel quite strongly about focusing on this, both for myself personally and on a higher level as part of Buffer’s culture.

I greatly appreciate it when team members point out an example of me complaining about something, and I share when I can help someone else if they weren’t quite able to hold themselves to that value in an example.

How does our “no complaining” value feel to you, and how do you navigate the fine line between advocating for change and complaining for ego? I’m keen to hear all your thoughts in the comments!

Read Next: 50 inspirational quotes to help you lead, listen and stay positive

Read next: The entire world is broken UX, but humans are incredible hacking machines