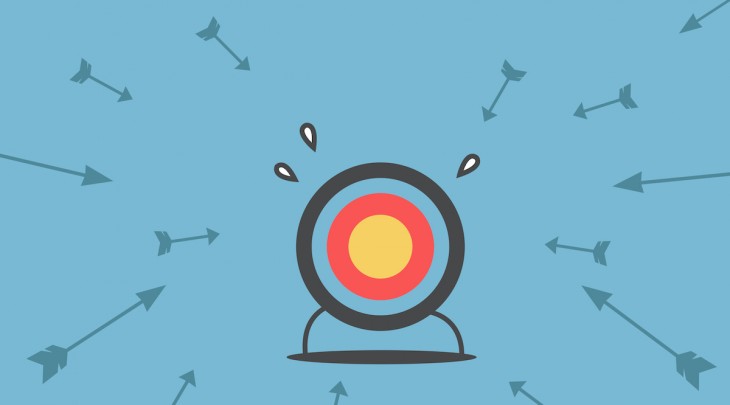 Even if New Year’s Resolutions aren’t your thing, a new year is always a good time to reflect and evaluate your progress in the past 12 months.

But when it comes to making big changes in your life, don’t set goals.

Goals are for losers. — Scott Adams

Habits and systems will help you make real, lasting changes.

“… you will spend every moment until you reach the goal—if you reach it at all—feeling as if you were short of your goal. In other words, goal-oriented people exist in a state of nearly continuous failure that they hope will be temporary.”

James Clear has written about this as well. James explains how setting goals reinforces our loser mindset:

“When you’re working toward a goal, you are essentially saying, ‘I’m not good enough yet, but I will be when I reach my goal’.”

You might think that is worth the pay-off of reaching your goal, but consider what happens as soon as you reach the ‘end’: you immediately lose the motivation and direction that goal gave you and so to fill that gap you start a new goal and the cycle starts all over.

The case for systems and habits

A system is a process you follow. It’s repeatable, and it leads to the same (or similar) results each time. It can take time to develop a system, but in doing so you’ll learn a ton about getting the results you want.

A system could be your exercise plan, your writing schedule, or your process of learning new skills regularly.

A habit is a repeatable action. It’s something you do without thinking about it—unlike a system, which could be a series of actions you take, like an exercise plan that incorporates running, gym, and rest days.

A habit could be eating cereal for breakfast, running every morning, or reading before you go to sleep.

Habits and systems have an important thing in common: they’re repeatable. When you’re working on building a habit or developing a system, you focus on what you do each day, not a far-off goal.

“When you focus on the practice instead of the performance, you can enjoy the present moment and improve at the same time.”

Perhaps my favorite reason for focusing on systems and habits over goals is that they give you control. I know from experience that when I set a goal I can’t control, like getting a particular job or improving sales for my business, I feel frustrated and disappointed when I don’t ‘complete’ that goal.

But aiming for a goal you don’t control doesn’t make any sense: you can’t achieve something that’s out of your hands.

What you can do is work hard on your job application, build your network, do more sales calls—habits and systems are controllable, repeatable actions that will lead to improvements over time.

Getting started with habits and systems

Before you get started, here are some important notes to remember about habits and systems.

There’s no evidence that 21 days is the magic number for building a new habit. In fact, the evidence we do have shows that everyone takes a different amount of time to form a habit.

One study found the average time for forming a new habit was 66 days.

The time it takes you to build a new habit will depend on the habit itself, the circumstances you’re in, and your own personality and behaviors. Don’t get down on yourself if it takes longer than you thought it would. Every day you repeat that behavior it gets closer to being a habit.

Start with tiny habits and build on them

Tiny habits are counterintuitive but surprisingly powerful. A tiny habit is something so ridiculously small that it would be silly for you to not do it. If you’re trying to build a habit of going for a run every morning, a tiny version of that habit would be to put your running shoes on. That’s it—you don’t have to even leave the house. Just put on your shoes and you’re done.

The second useful thing about tiny habits is that starting is the hardest part. Once you’ve started (i.e. put on your running shoes), it’s much easier to keep on going until you’re outside running. If you don’t get that far, you’ve still completed your tiny habit so it doesn’t matter. But you’ll probably find you do end up going further than your tiny habit requires.

Some other techniques I’ve used to build new habits include carving out a specific time each day for that behavior, putting what I need to complete it in plain sight, and stacking different habits together.

Design your system to work more often than not

A system won’t necessarily lead you to success all the time. If you have a system of exercising regularly some days you’ll run faster or lift more than others. But the nature of a system is that when you do what you set out to (in this case, exercise) you’ve succeeded in applying the system, and you can go home with a smile on your face.

If you have a goal of losing weight, each day that you don’t see a change on the scales you’ll probably be tempted to give up. But if you design your system to work more often than it fails, you’ll be satisfied in knowing that you applied the system today, and you can apply it again tomorrow.

In Scott Adams’s case, his system was to create something people wanted that he could easily replicate. That system led him to try plenty of ideas that failed, but from each one he took away new ideas, new skills and experience, and the confidence that he’d applied his system yet again. Eventually that system led him to create Dilbert, so it’s hard to argue that system don’t lead to success. (If you have time, check out Adams’s book How to Fail at Almost Everything and Still Win Big.)

Take a look at your list of New Year’s resolutions or current goals. Could you achieve those things by applying a system or a series of habits instead?

Give it a try—you might find it a more successful approach to getting the results you want, and you’ll probably be happier along the way, too.

Read next: Google Talk for Windows will close down tomorrow to make room for Hangouts: here are some alternatives