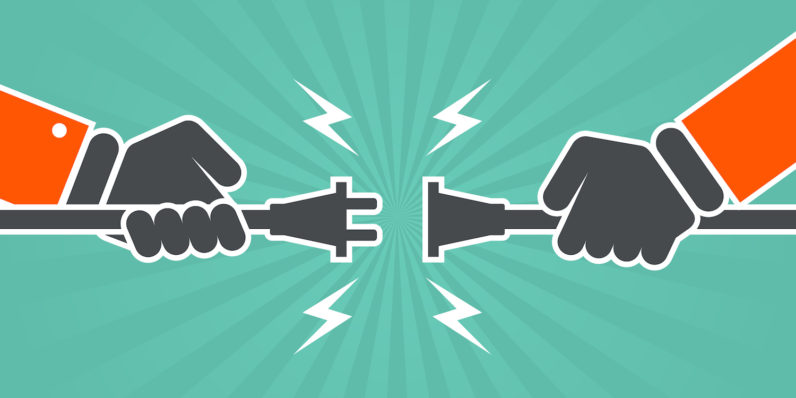 Paul Jarvis is a best-selling author and designer. He writes weekly for his popular newsletter and runs an online course on becoming a better freelancer.

One of my clients told me that social media sabbaticals are the new treks through Nepal. Taking a social media sabbatical is trendy, takes some courage, and for most westerners, it’s outside the realm of possibility. But (thankfully for me), it doesn’t require as much physical fitness as a hiking the Himalayas.

I’ve spent the last two months on a break from social. No tweets, no instas—nothing. I went an extra step and stopped sending newsletters or doing interviews, as well.

Rewinding to whatever “the norm” was before my break: I spent lots of time on social media. As an author, product maker, self-employed, brand-builder type person, I’ve used social to build awareness of what I do and what I sell. I use it to connect, network, and stay in touch with friends (most of whom I’ve become friends with on those networks).

There haven’t been active notifications on any device I own for years (they’re far too distracting). So even before my hiatus, I only noticed social when I logged into it, which was often.

I went from a few hours a day on social to none.

And it was quiet.

Remarkably, it wasn’t as difficult as I thought it’d be. The time I would have spent tweeting or posting photos was spent working instead. And my work was done quicker. Not just because the time typically spent online socializing was replaced with space, but because I had no choice but to work on my work for longer. Which meant I could get more efficient with it.

For those of you who may have been following along with me, you already know about my penchant for experimenting. One of my favorite experiments is to take something I think I can’t live without and try to eliminate it from my life.

Sometimes I fail (for example, living without furniture is possible but really bad for one’s back). Sometimes I realize what I thought would be lacking isn’t lacking at all (like when I turned off all notifications on all my computers and phones). One time, I realized that giving up spending any money for six months (other than for food) makes it really hard to publish a book that requires money to hire experts (like editors, photographers, etc).

What I liked about my experiment to take a long break from social was that it opened up space. Space to think. Space to be alone with my thoughts. Space to explore.

And most of all, space to focus.

Neil Gaiman (who’s at least 42.7 times more smart than I am) says that the best way to come up with really awesome ideas is to get really bored. But we don’t let ourselves get bored anymore.

When all the small gaps in our days are filled with refreshing or sharing, there’s no room left to just sit and breathe and let whatever thoughts that want to happen… just happen. There are more ideas—not fewer—when you remove noise.

There is no longer space in our lives. We can’t wait in line without getting on our phones. Or sit on a bus. Or eat. Or wake up. Or wait for an elevator. Or watch a sunset.

Extra, dangling seconds force most of us to reach for our pockets and pull out our tiny computers that connect to the Internet. We must scroll and react to whatever shows up on our screen, as if by some neurological impulse.

It’s all outside of my control because I’m passively letting whatever stimulus floats into my tiny screen affect me.

When social is gone, I’m more in charge of my stimulus. I get to pick what I want think about (sometimes) and what I focus on. Or what I want to learn more about or not learn about at all.

When you work for yourself, social media is almost like a water cooler. I miss that aspect of it, because most connecting in my day happens online. Sure, I still text with my good friends or email or Skype. But the circle of people I connect with is much smaller when I’m not on social.

Without social, I only connect with people who I’m decent friends with. Not the periphery of people I like and like to interact with, but am not very close to. Without social, there are no new people in my circles, either. So my world got smaller.

Sometimes a quiet small is good.

There are no interruptions, no comparisons of what I’m doing versus what others are publicly achieving. No mob to join in with or chastise when current events become the hot topic. There’s just me—myself, my thoughts (a scary picture – painted by rats with a penchant for the macabre), and my work.

I realized that society doesn’t stop happening if I’m not tuned into it 24/7. Bigger things will find their way to me, maybe not instantly, but when I’m ready for them. Important people will stay in touch. Even though 60+ days passed, social won’t be a drastically different landscape with new rules and customs.

Who knows if I’ll be on social media less now that my randomly chosen amount of time to be off it has passed. Or if I’ll go back at all. Most of the time now, unless I’ve got something silly to say or I miss people there, I don’t feel like I want to go back. I don’t mind that the space it used to take up is now simply kept as space.

Unlike a trek through the Himalayas, I’m not sure if I’ve come back from this sabbatical a changed man or with a radically different view. I’m certainly not more worldly (although I have grown a dishevelled beard). But it does remind me that sometimes feeling like I could be missing out is really just missing out on the present.

And the space to focus is a truly wonderful thing for a creative mind.

Read next: 7 ways to cultivate your daily blogging practice

Read next: 10 tech conferences around the world to attend in 2015